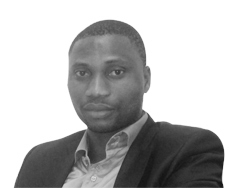 Judah has been working with Blue Pie for over 7 years. He runs his own record label called “Destiny Records Nigeria” and he’s spent the past 7 years building his West African business network. Judah is a successful businessman, having built his name in the Tourism, Cruises, and Live Entertainment & Music industry in Nigeria and neighbouring West African nations.

He is a passionate businessman whose success stems from his network of successful African businessmen including:

With the launch of Judah’s new record label and the many partnerships, he has formed over the past decade and with the help of Blue Pie Records back-office systems a new level of service offering will be made available to the West African music industry.

As the head of business development for West Africa, Judah and his team work under the direction of Damien Reilly and are responsible for new artist and label signings, development of new touring markets, live performance circuits and concerts for the Blue Pie roster throughout West Africa. Judah is also responsible for developing new markets in West Africa for our partner company Planet Blue Pictures (www.planetbluepictures.com) and their TV show and Film projects.

With his abundance of local market knowledge, Judah is exploring how Blue Pie can partner with government, industry and artists to support and monetize the burgeoning music and film industries in the region whilst opening new entertainment industry partnerships in Ghana, Nigeria, Kenya and South Africa. Judah has been an integral part in the signing of many of the more successful African Blue Pie artists. We look forward to continued success and growth with Judah at the helm for all things West Africa. We are honoured to now have Judah on the team.