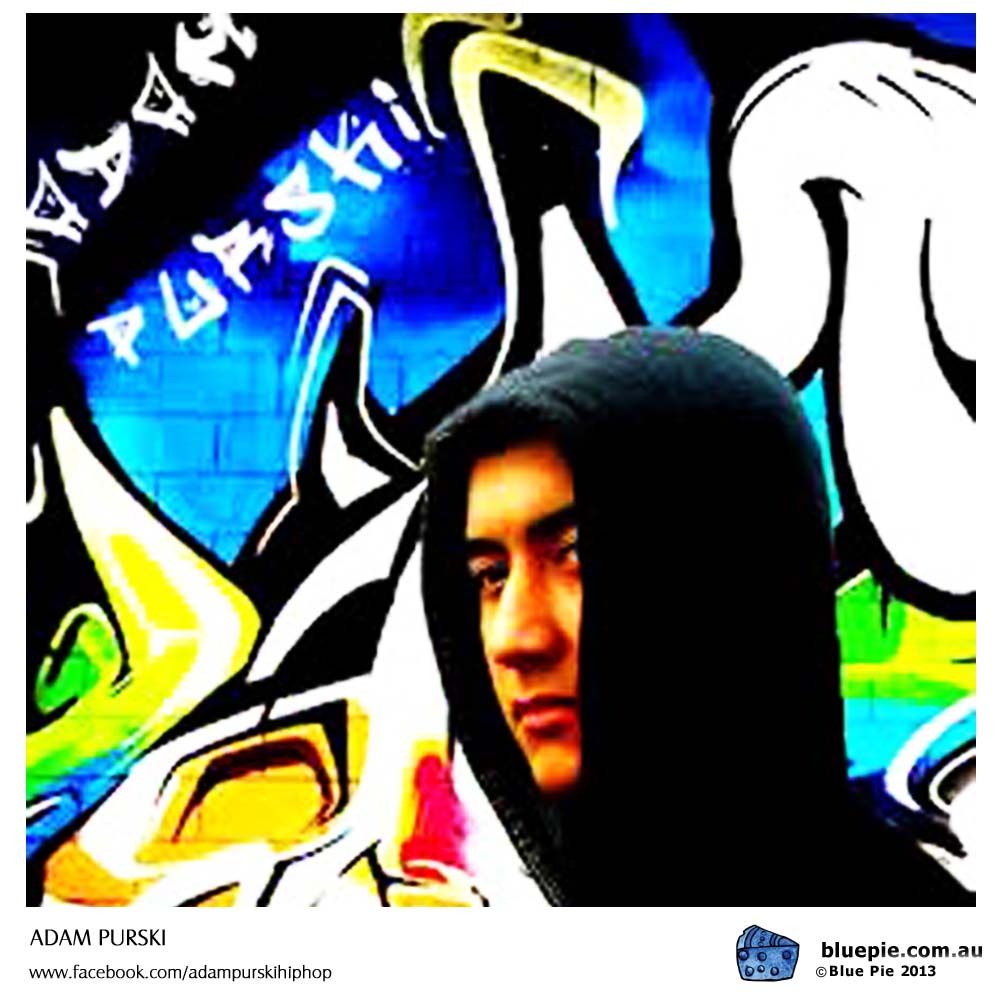 Adam Purski is a young Australian Hip Hop artist, residing in the outer suburbs of Melbourne, Victoria.  Although still at the young age of 18, he already has 4+ years of rapping experience under his belt, and that enough makes him an up-and-coming star to look out for.

Adam started writing his own songs at the age of 13, covering topics including the world around him, his school-life experiences and of course, ever growing presence of bullying in society.

Adam’s rap name used to be ‘Element A’ but as he grew older and began to develop his skills, he grew out of his moniker and decided to release his music under his real name. Adams influences range from Eminem, Biggie Smalls [Notorious B.I.G] (RIP), 2pac (RIP), Dr Dre to our very own home-grown talent, The Hilltop Hoods. All these artists gave Adam the drive and determination to take his music to the next level. Adam ultimately hopes to gain the recognition as an artist so he can positively influence those around him.

As of 2011, Adam was signed to an independent/global online distribution company called Blue Pie Productions. Through this, he was given to opportunity to release a 15-track-album called “The Rising Sun.”  Adam describes the title as “a metaphor – it reflects how I am developing as an artist and rising into the Australian Hip-Hop scene.”

With genuine motivation & aspirations spawning from such a young age, it is clear that Adam Purski is destined to make an impact on the music scene.