The first international album from Lokust was teased and now it's finally here! The Sideshows Manuscript Lost Pages is global! This album features the recent... more [ + ]

Fans of Lokust Luciano may know his successful two part album, The Sideshows Manuscript. These are compilations that showcase the best that the Kingpin has... more [ + ]

Lokust Luciano and DL Down3r have become closer and closer as time has gone on, and to cement this, they're bringing us a hot new... more [ + ]

Kay L and Stephen Voyce are a duo that are becoming ever-more well-known as time marches on. They've teamed up for plenty of awesome bangers... more [ + ]

This track from DL Down3r and the crew is an all-star hit that is sure to make its way into your pump-up playlists as soon... more [ + ]

The Key Loch releases have really been coming out hot, haven't they? They've all been really solid tracks, whether they be original compositions or remixes.... more [ + ]

Key Loch belongs to you with this new heartfelt single!

Last time, we took a look at Another Bad Day, the latest release from Key Loch! It was an exciting new release, considering that not... more [ + ] 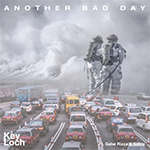 Out There was the last track we looked at featuring Key Loch and Sahra. It was a hit, and even in the early days of... more [ + ] 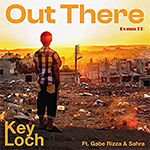 Get Out There with Key Loch and Sahra!