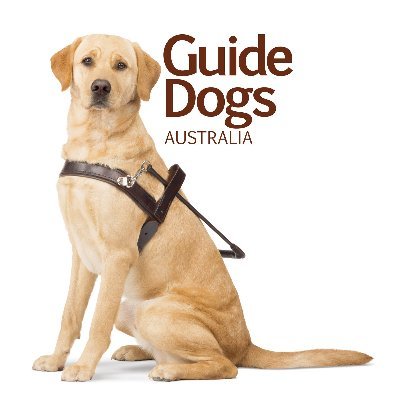 Blue Pie Records want to take the time today to thank the Guide Dogs Australia organisation for all they do. The sheer amount of devotion and passion that goes into training these majestic animals to support us is astounding, and the dogs themselves are clever beyond measure! Did you know that if a Guide Dog approaches you alone, something has happened to their owner and you should follow them to provide assistance? Every little detail has been thought of, and it’s with this level of devotion that we can be assured that those who use Guide Dogs are in the best hands… or paws… possible. Blue Pie are regular donators to this amazing service, as a matter of fact, and we feel that they deserve every bit of it. This Christmas, consider asking people you don’t know what gift to get if they want you to donate to this wonderful organisation on their behalf! This season is all about giving, so it’s critical that charities like this are considered.

From the Guide Dogs About Us page, here’s a summary of what the organisation is all about:

Guide Dogs NSW/ACT is the leading provider of Guide Dogs and orientation and mobility services that enable people with low vision or blindness to get around their communities safely and independently.

Each year our highly trained Orientation and Mobility specialists work with around 4,000 people of all ages to help them achieve their mobility goals.

We rely heavily on generous donations from the people of NSW and the ACT to fund our services. Less than 10% of our income comes from government funding, including NDIS.

As well as connecting participants to support providers, we can help NDIS participants with the co-ordination of supports on their individual plans.

Dig deep for the Guide Dogs – dogs sure love to dig, after all! Join us as regular donators and know that you’re supporting an organisation that truly deserves all the love they can get – as much love as a dog has for their owner. 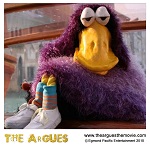 Channel 7 featured a story on Today Tonight announcing the marketing campaign. Every pensioner in Australia was able go to the cinema with anyone that “Adopts A Pensioner” for the day. The pensioners go to the movie for free.

Blue Pie Records and Magic Blue Creative dig deep to support “The Not Too Foul” Fund Raiser for one of Australia’s greatest radio personalities “Vic Davies”.

The company was glad to have been able to donate a website to the Fund Raising Committee that was auctioned off on the night. If you would like to know more about Magic Blue Creative and the great work that this company does then please visit their website here.

Read the great note of thanks was sent to the team:
BPP – Not Too Foul Thank You Letter v01052010

Blue Pie Records donates part of their profits each year to World Vision. Since we started with World Vision in 1996, we have been able to donate over $30,000 AUD with regular monthly payments and additional top up payments. You can see the World Vision Tax Statements below.

Most of the funds are directed towards aid in Africa, providing clean water for communities who would otherwise get sick from dysentery and have a much shorter life expectancy.

For a few dollars each week you can make a lifetime of difference.

Click on any of the links below to view the thank you letters from World Vision.

Click on any of the links below to view our donation reports for the noted year.

The Hurricane Healing initiative was established in 2005, with the vision to help all victims of the Hurricane Katrina disaster that same year.

Since then, Hurricane Healing has grown to give a helping hand to all victims worldwide who have been affected by natural disasters. We have been steadily building this initiative to combine music with charity!

Over the past few years, we have been producing physical CD compilation albums and digital compilations thanks to the support of over 150 indie artists and 20 + indie record labels from around the world that send us music.

All of the Hurricane Healing compilation albums are available through iTunes, eMusic, Rhapsody and many more online retailers. To find our compilations, simply search for “Hurricane Healing” as the album title, and you will find it there!

Donation Report – January 2017
www.hurricanehealing.us/news.php?news_id=83
We are very pleased to advise we have been able to make another payment to the Salvation Army today for $338.83 USD.

This now takes the total donations we have been able to raise to $1485.56.

You can visit the website and then see all the donations made there. If you would like to know more or want to help and donate to the Salvation Army then please feel free to reach out to contact in California.