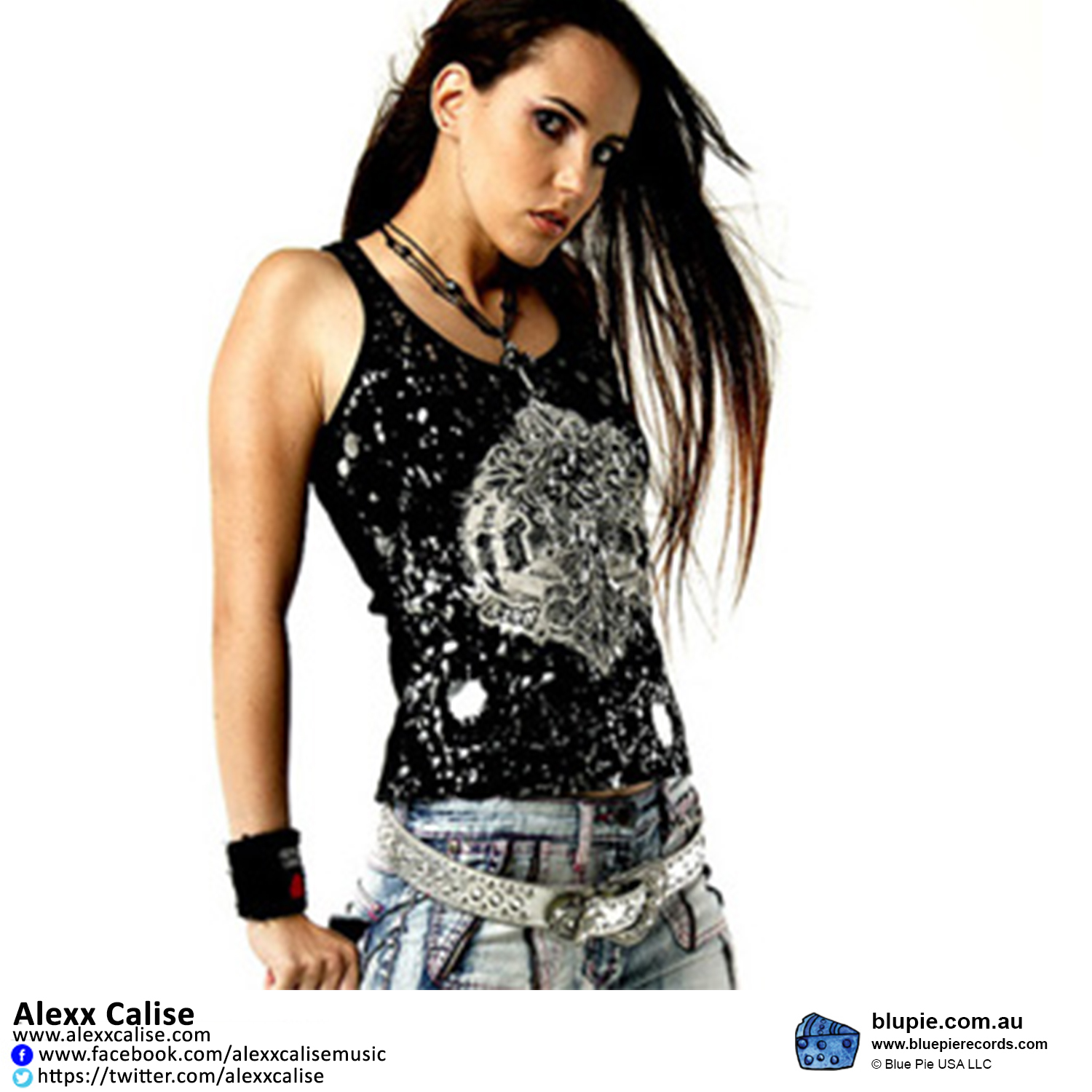 Alexx Calise is an American singer/songwriter who blends the sound of hard rock, electronica and urban based pop with soaring gritty guitar, angst-ridden lyrics and an instantly identifiable vocal that is hauntingly beautiful and yet becomingly raw all at once. Living with the maxim Throw your words at me, I’ll have my way with them, these words sum up Alexx Calise best; punchy, biting words from a young sharp tongued up and comer set to bring her brand of genre bending rock to the world’s attention.

Growing up in Fort Lauderdale, Florida, Alexx learnt to play the guitar at the age of eleven. Already an avid writer at the age of fourteen, she followed in her father’s footsteps and decided to pursue the career of a professional musician. She spent most of her childhood with her head buried in a notebook filled with heart felt lyrics and thoughts that showed maturity well beyond her years. Finding comfort in her parent’s vast record collection filled with the diversity of Mozart to Led Zepplin, Alexx developed a sound musical appreciation and began to emulate her father, her foremost musical idol and showed a unique ability to fuse melodies she could hear in her head with her own poetry and recitations.

Now calling California home, Alexx is continuing on her road to make her dreams come true with her songs appearing in several popular television shows including Lifetime’s ‘Dance Moms’, VH1’s “Audrina”, MTVs ‘Next’, the CW’s “One Tree Hill” and in the upcoming feature film “LA, I hate you” starring Malcolm McDowell and Will Forsythe. Her music also features in several national television commercials and ad campaigns from the likes of Almay, Cherry7Up and Cover Girl.

Calise has also featured in Blender magazine, Guitar Player and Guitar World magazine and most notably collaborated with Vivian Clement for the nationally distributed how to book “How to succeed as a female musician” alongside prominent names in the industry like Lisa Loeb and The Donnas. Clearly a sign of good things to come regarding her rise to fame was her feature on Boston’s #1 Hit Station Kiss 108 as a “hot up-and-coming indie artist”.

Currently, Alexx is promoting the release of her second album ‘ In Avanti’ which has been described as a high-energy “rocktronica” collaboration with Grammy award winning producer Luigie Gonzalez. She is also doing cross promotions for her side music project “Sound of Cancer” with accomplished drummer and fellow songwriter Dennis Morehouse both demonstrating their uncanny capability to blend and incorporating hauntingly beautiful melodies with spooky sounds dysphonic distortions and elaborate choral harmonies.