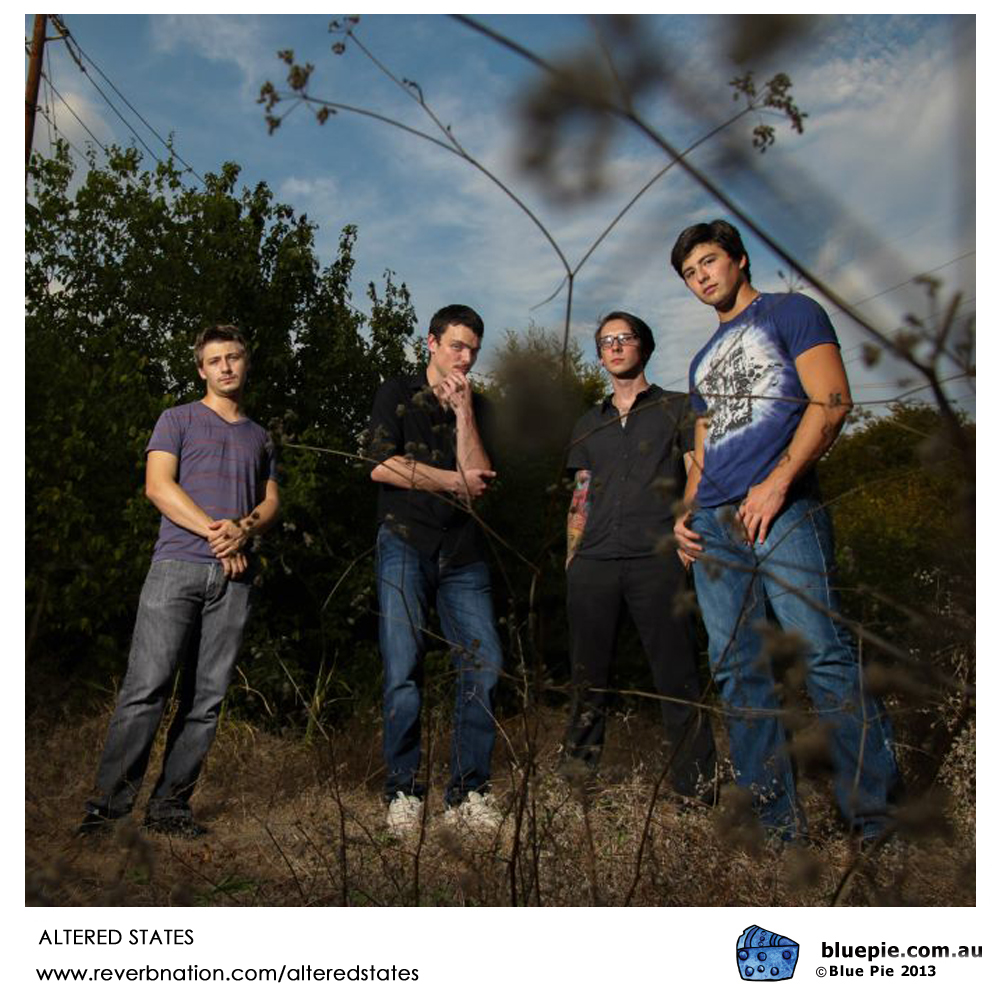 Altered States take inspiration from artists such as Radiohead, Pink Floyd, Tool, The Mars Volta and Led Zeppelin. Combining their diverse musical tastes, celestial ideals, and love for the last real frontier, they strive to create thought evoking soundscapes that draw you in measure by measure. Layered with meaningful lyrics referencing past memories and visions, progressively intricate guitar riffs, thumping bass lines, floating keyboards and hard-hitting drum beats…Altered States’ sound will transport you to another musical dimension, and you’ll never want to leave.

Not your average “Concept album”, each song is meant to be interpreted by the listener as their very own sonic experience. Recorded and produced with the help of Darin Watson, a good friend and extraordinary engineer, the band was able to carefully construct each song exactly the way they envisioned. The end result is a musical debut they are extremely proud of.