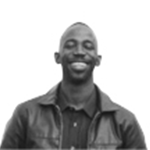 Banji Adebunmi was a member of Blue Pie’s South African team since 2004, and has contributed to the steady growth of the Blue Pie roster of African artists. Unfortunately he passed away in 2022, so this page remains to honour his efforts in supporting Blue Pie Africa.

Banji worked in licensing and music production in various African nations including Ghana, South Africa and Nigeria. He had contact with some of the top American hip-hop and RnB stars when they toured or performed on some of Africa’s largest festivals. Banji’s record label distributes with Quest Music EMI West Africa. The network Banji helped bring to life is far and wide, and includes such African greats as Justin Engels, Tim Dooblabh, David Alexander from Sheer Music, Femi Kuti, Hugh Masekela and Odion Irodje, who were some of his great friends. We are certain his old loyal network still misses him to this day, just as we at Blue Pie do ourselves.

Banji had been actively developing global connections in the music industry for approximately the past 17 years as of 2022, and worked with companies like Santaquila Productions and Quest Music to establish distribution services for labels and artists. Banji was a member of South Africa’s MCSN. He called the regions of Swaziland, Lesotho and South Africa home. We are honoured to have had Banji officially on the Blue Pie Business Development Team for Africa, and he will be sorely missed.

To see more of Banji’s accomplishments in his life, check out his LinkedIn profile.

Rest in peace to Banji and we extend our heartfelt sympathies to all those who knew and loved him.