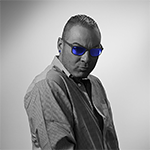 Bobby Soul is a producer, singer, songwriter, engineer and all around artist. Raised on a heavy dose of R&B and Soul, Bobby has incorporated his own style that was drawn from countless hours of listening to the greats. He has a rapidly growing list of credits that features many of the worlds greatest artists today. When you think of Bobby Soul’s voice, think in terms of the greats like Hall and Oats, Stevie Wonder and Earth Wind and Fire. Listening to the smooth silky sounds of Bobby on his new single “La La La Love” you can easily imagine he would be right at home sharing the stage with these legends.

As a former ghost writer Bobby Soul has written songs and worked with some of the most successful artists on the planet including the likes of Justin Bieber, Keri Hilson, Jennifer Hudson, B.O.B, Jagged Edge, Kelly Roland, Flo-rida. In 2015 he teamed up with Kay L as one of the producers, writers, singers, and engineers for this major album and just returned from 2 tours with Snoop Dogg, and a tour with 50 Cent.

In 2016 Bobby signed a worldwide management agreement with the WON Agency from Canada www.wonagency.com and then a global publishing and distribution agreement with Hong Kong based DJ Central Records. His debut release is ” La La La Love ” is available now at all leading retailers on the planet.