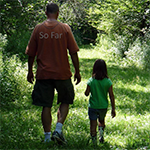 Bryan Gorsira comes from a long line of musicians from his father’s homeland of Curacao. While trying to figure out what he wanted to do for a living, he has lived locations from Maine to California, and numerous states in-between. Throughout these travels around the U.S. his guitar has been with him; he has finally settled with his wife and family in Virginia.

Growing up in the 70’s and heavily influenced by the acoustic guitar music of that day (Cat Stevens, Jim Croce, Dan Fogleburg, etc..) he has jotted down his impressions of living and that ever needed outlet of musical release from nearly any occasion, most notably that of romance. After playing coffee houses in college with a talented roommate, the music writing bug really took hold and never has stopped. Feeling limited with just acoustic guitar and vocals, he has worked with a demo studio in Nashville to create enhanced versions of his music. Perhaps his playing partner from his college days puts it best “I like your lyrics. They evoke gritty images, but show vulnerability at the same time, a nice blend; humility, but with a world-worn wisdom.”

Bryan Gorsira’s new album so far brings together his original songs, new and old, in a collection that features the singer / songwriter-styled aspects of his repertoire. Where past efforts have moved swiftly across genres and moods reflective of his broad musical influences, Gorsira’s aim so far is to create a more cohesive compilation of his writing. In addition to the new songs, on which he sings and plays guitar, so far on ten tracks from his 2008 release, The Best Years, and 2007’s New World.