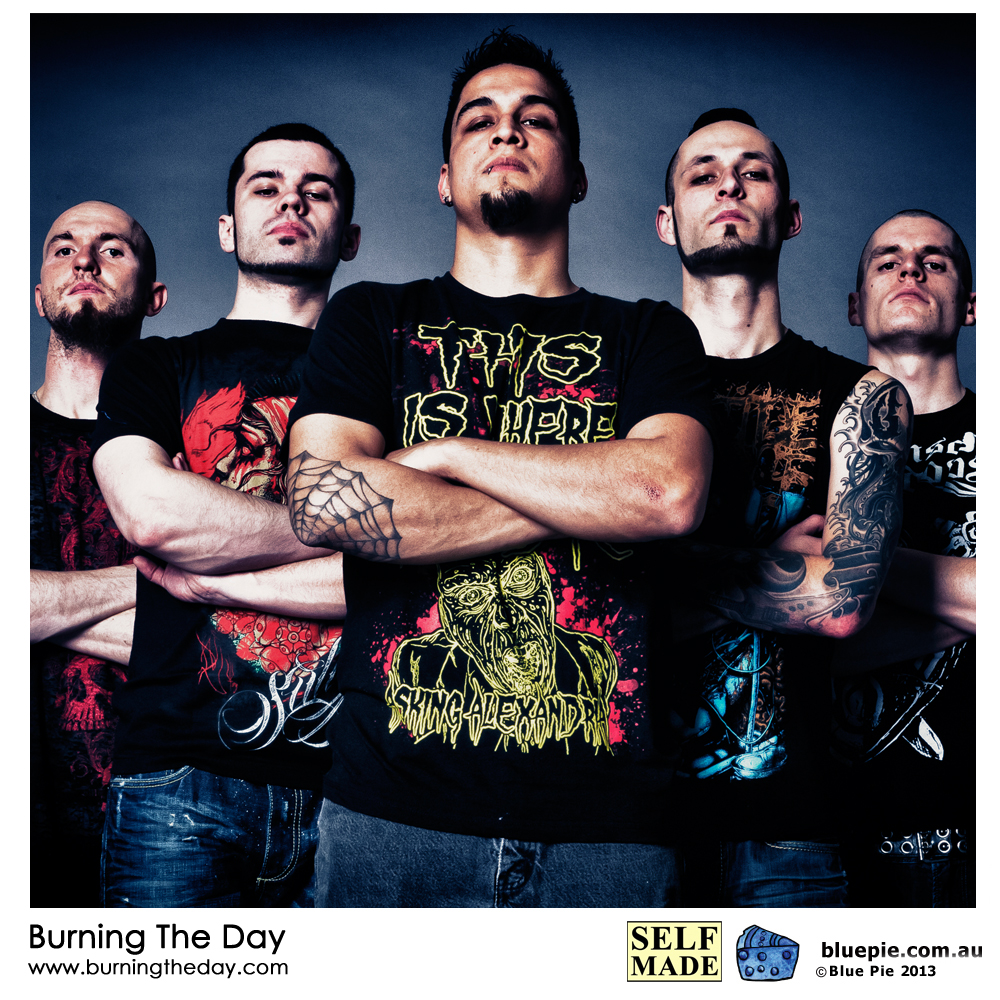 Burning The Day is a thrash/metal/heavy metal band from Toronto, Ontario, Canada. The band formed in 2004 by three friends whose bands had just ended, leaving Matt Metcalfe (drums), Braden Hoey (guitars), and Chris Gillespie (vocals) wanting to create a metal band, which became Burning The Day. Soon after the writing began, Dan Rodbard joined on bass from the small town of Alliston, Ontario. A year later Dan was to be replaced by Mike Cohen, a bass player and friend from the T.O metal scene. Over the next 5 years, the band released 3 albums; In Fall She Sleeps (2006), Dawn Of Thorns (2008), and Blacklisted (2009). BTD toured Canada and the U.S extensively, which helped them grow a dedicated fan base, especially in T.O where they have sold out many venues.

Next to join the BTD family was Steve Mitchell on drums to replace Matt who is now BTD’s 2nd Guitarist. This change was a plan for a while, to find the best drummer in the country and to have a 2nd guitar to fill out the sound which it did. The band then locked down on the business of hard work landing many major support gigs. The band has opened up for major acts including: Soilwork, Bring Me The Horizon, The Black Dhalia Murder, Throwdown, Ion Dissonance, Beneath The Massacre, Bury Your Dead, 3 Inches of Blood, Goatwhore, Threat Signal, Nights Like These and Ringworm.

All three of them were friends of BTD from the metal scene in T.O and it is amazing to see BTD back with the talent, comradery, and sound it once had. Matt Metcalfe has written 90% of BTD’s music, which is good he didn’t quit the band so they could keep their original sound.

In 2011 BTD dropped their 3rd and by far the hardest and most definitive sounding album for the original line up called “Black Listed”. This album continues to do incredible business for the band and constantly generates license business ona global basis. The album was well received by both fans and even its hardest critics, with all hailing this as the band’s best by far.

BTD is a band that will never stop trying to achieve their goals and dreams, write and record metal music, and play shows wherever, and whenever they can. In October 2012 the band won the 2012 Canadian Indie Week competition and took out the band of the year title. 300 bands across Canada competed in Toronto through live performance for one week, judged by top industry professionals. Burning the Day won an all-expenses paid trip to Ireland where they have been invited to perform in various showcases for Indie Week Ireland in April 2013. The boys will then be heading to the UK, Europe and Germany to tour.

Hot on the trail of their win in 2012, BTD teamed with Self Made Touring in the UK and Blue Pie Records to get the band on the road and constantly touring Europe from June 2013 onwards. Everywhere the band plays the shows get bigger and bigger. Festivals and major concerts are now the bands total focus.

In November 2012 BTD dropped a new EP with what is widely regarded as their most commercial sound so far with the release of the EP titled “Buried Beneath”. The EP introduces the new melodic direction of the band as well as the brilliance and vocal powers of Cesar Silva on lead vocals. The bands sheer brilliant musicianship on all levels clearly demonstrates their virtuoso skills across all instruments, and a sound that can now be defined as one of the best metal bands to emerge from Canada in the past decade.

With a swag of new material under wraps the band will be in the studio from February 2013 to record their fourth album. The album is scheduled for release in June 2013 on the back of an extended European tour, thanks in part to the win at Indie Band Week and also to the touring support from Self Made Touring.

BTD would like to thank all the fans that have stuck around since the beginning and through the struggles, and welcome any new fans with open arms to come join them in the pit to help them keep doing what they do.

Burning the Day are a Blue Pie Records USA and are published by Blue Pie Publishing USA (ASCAP).