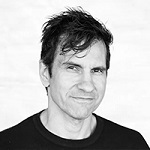 Chris Garcia is one of the most respected and sought after producers in the world. He has previously worked as a producer, songwriter and session musician for the best artists in the industry including Katy Perry, Santana, Britney Spears, Kylie Minogue, two Spice Girls, Yusef Islam (AKA Cat Stephens), Mary J Blige, Celine Dion, Flo Rida, Christina Aguelira and many, many more.


Chris has been specializing in vocals for over 20 years. He has previously worked on vocals from a wide range of styles, from super pop to totally indie and vibey! The versatility in the songs he’s worked with is his own Midas Touch, and a trademark of an experienced producer.

In 2002, Chris worked on the Grammy Award winning track ‘Game Of Love’ with Santana and Michelle Branch. Chris built up his reputation in the music industry working with Dido, Jewel, Stevie Nicks, The Pretenders, KD Lang, Johnny Guitar Watson, Cyndi Lauper, Ice Cube, Celine Dion, Jojo, Maroon 5 and Mary J. Blige. During this time, Chris became known for his exceptional versatility, moving seamlessly from rock to pop to R&B and back again – this trend of versatility would turn out to become his calling card later in his career.

Artists enjoy working with Chris, because when he takes on a project he immerses himself completely in the artists’ music and attitude, to better understand what they are trying to achieve. When in the studio, every element of the production consumes him, including bass, guitar, keyboards, drum programming, and vocal production. However, what is most remarkable about Chris is he is able to maintain this level of intense professionalism and keep his sense of humour.

After working on over one hundred records, Chris decided he needed a sea change. He now brings his high production standards and expertise to the commercial music and movie trailer industry. Because of his experience working with the classic format of a three-minute pop hit, Chris is now an expert at distilling songs down to the most fitting and exciting thirty seconds required for a film trailer. Blue Pie Records is very excited to be working with Chris Garcia. He has been working with many of our awesome artists, including Suzana Lubrano, Chris Melotti, Sabrina Fustaire, along with Damien Reilly and Linzi O, and we’ve heard good things from all of them all throughout!

Chris is a music producer and vocal producer that has been turning heads in the industry for many a year. As Chris says: “I have worked on vocals in many forms: I have been right there in person in the studio with the artist, I have worked on vocals from my studio that have been recorded elsewhere and sent to me, I have done Skype sessions, and I have taken a vocal that is almost done and did those final timing and tuning tweaks that make it sound like a finished HIT!”