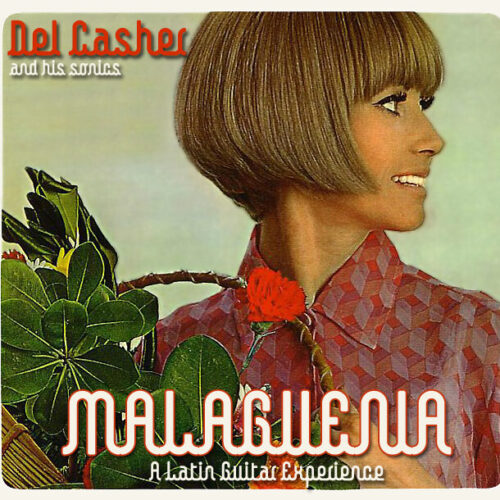 Del Casher is music royalty who changed the course of rock and roll with his invention of the wah-wah pedal. He also created the Ecco-Fonic, the Fender Electronic Echo Chamber and the guitar synthesiser.  Since a young age, Del has worked in all areas of the entertainment industry. He starred in a radio show “The Many Guitars of Del Casher” after he finished high school and earned a position with world famous RCA New York recording group “The Three Suns” when he introduced his ideas of the Ecco Fonic.

His invention the wah-wah pedal changed music forever. In 1966, Vox Musical Instruments asked Del to develop and promote sounds for the guitar. He first introduced his creation to Universal Pictures in 1967, producing a unique wah-wah sound when he played his original music which had never been heard before. His unique guitar sounds were featured in the NBC’s “News Centre 4” theme which played every night for 18 years and became one of the longest running TV themes in history.

He was featured in the opening title theme for “The Traveling Saleslady” and his wah was also featured on the sound tracks for “The Ghost and Mr. Chicken”, “The Shakiest Gun in the West” and “The Ambushers”. He appeared in films alongside the king Elvis Presley in “Roustabout” and Jerry Lewis in “The Patsy”. He also produced and played for the alternate theme for Sony Pictures “Spiderman 2”.

He has composed music for “Chico and the Man” starring Freddie Prinze Jr and produced, arranged and performed a Jimi-Hendrix style wah for the film “Reindeer Games”. Nowadays, Del performs around the world as a soloist and is the composer for his “Americana Suite” for orchestra. He has worked with the likes of Bobby Troup, Peggy Lee, Buddy Ebsen and Sonny and Cher.

We are honoured to have Del Casher associated with us and we look forward to a long and prosperous partnership with a legend in the music industry. For all the lastest news on Del Casher please visit his website at www.delcasher.com.