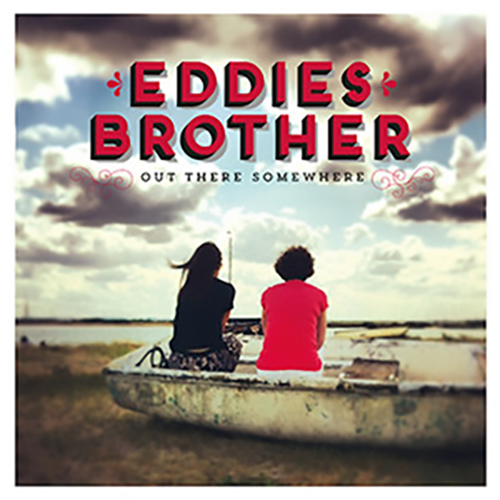 People used to tell ‘Eddie’s Brother’ that he would get the recognition he deserved. The problem was they all tended to think this would happen after he died! It isn’t as if he hasn’t made a name for himself, established in the mind as the hat wearing, bespecled creator of ‘Daniel in the green house’ ‘My favourite war,’ ‘The problem with girls’ ‘her bright idea’ on the acoustic scene.

‘Ive always been an outsider’, he says.

A pocket biography will tell you of his dislocated childhood growing up in care, the son of an errant jazz violinist. With no formal music training, he tuned a guitar to a chord and made his own shapes up, ‘just like a guy on a desert island with a 5 string guitar.’ There’s always been a sense that Eddie’s brother (born Chris French, yes he does have a brother called Eddie) relishes his outsider status.

His influences include Joni Mitchell, Miles Davis, Jimi Hendrix, The Beatles, The Rolling Stones, The Kinks, Frank Zappa and all the John Peel show artists, particularly The Smiths.

With his interest in the teachings of Sri Ramana Maharshi and Krishnamurti, his acerbic, humourous, witty songs call to mind a cross between Steely Dan and Billy Bragg. ‘where Do All The Gods Go?’ ‘Harry the Bastard’ and not forgetting ‘Robot lover’ have an elegant timeless quality that wraps them securely round your head. (Like the hat that’s always on his).

The new album ‘Marineville’ is a collection of 10 diverse, intelligent songs with the usual: unusual lyrics aligned with tempos, moods and sentiments in a funky acoustic jazz-pop setting that is all perfectly Eddie’s brother.

Eddie is part of the Blue Pie Records artist family. In 2012, Eddie’s catalogue was accepted into the Blue Pie Film & Production Music Library. With the help of the Blue Pie license team, Eddie’s music will soon be heading to a film screen and your favourite TV show in the near future. Eddie’s new album is out now on Blue Pie for the world to experience.