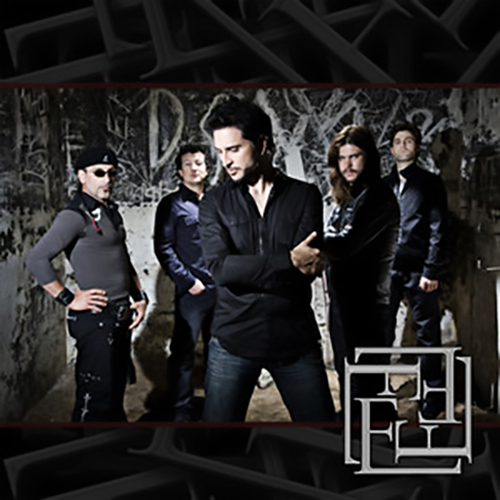 “Enspier” is a rock band on a mission, and that mission is to inspire listeners to transcend the ordinary from Australia to the other side of the globe. “Enspier’s” debut release “The Hall of Mirrors” has taken listeners to that special place. A place, that cannot be defined by words but can be expressed through music.

In 2005 “Enspier” was formed and the band began writing for their album “The Hall of Mirrors”, their journey began wanting to create a fresh new sound and this took them on a ride they would never forget.

These five perfectionists found themselves working every night to create a new style of artistic music, rock music that would not only prick up the ears of the public but turn many heads as well. They have an energy that makes for an incredible album you don’t want to miss.

David Galluzzo’s angelic, soulful yet solid lead vocals enchant the audience while playing his guitar. Jeremy shows his genius ability on Bass & backing vocals, DB with an aggression on the guitar that would make anyone bend to their knees, Joe Rahme with his “machine like hits” confuses the most intelligent mind with his mathematical inspiration, and last but definitely not least Costa Lambiris on percussion adds his own unique flavor to the mix. While each member of the band brings his own special talent and musicianship the “Enspier” boys are proud of the diversity in sounds that influence them as artists and as a band.

King Crimson, Pink Floyd, Kate Bush, Elton John, The Carpenters, Dream Theatre, Prince, U2 and Guns ‘n’ Roses all had major parts to play in the creation of “Enspier” even though they didn’t know it.

“Enspier” headed to 301 Studio Sydney where they recorded 13 tracks under the production of Aria Award winner “Anton Hagop” (Producer/Engineer for Silverchair and Powderfinger). The mastering of the album was done at New York’s famous Sterling Sound (AC/DC, Guns ‘n’ Roses and Pearl Jam) and as you will be able to tell, the result is a truly inspiring melodic rock album sure to appeal to lovers of all ages.

“Enspier’s” 5 intense, talented musicians have poured their heart and souls into creating “The Hall of Mirrors”. They have performed on MTV’s “The Lair” at the Metro in Sydney and MTV like their music so much they decided to film a video for the track “Deliverance”.

“Enspier” is looking into the future and are dedicated to bringing “The Hall of Mirrors” to audiences worldwide. Make sure you keep an eye on their website for any upcoming events.

“These guys rock! And they rock with musicality and intelligence. Dave the lead singer is a fantastic front man, the rhythm section is pumping, fantastic guitar solos and they boys look great. Queen meets The Beatles meets the Rolling Stones!” – Hellmut Wolf, head of A&R for Blue Pie.

“Some of the best new adult contemporary rock to come out of Australia since LRB took to the West Coast LA sound to the USA and conquered the US Markets. These guys are all solid players. Toto crossed with LRB and ad some edge and you get inspired by Enspier.” – Demo Dude.