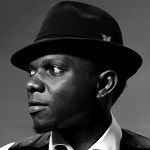 “Kenny, Congratulations” would be the translation of his stage name. Essentially, when people are calling him, they are celebrating God’s goodness in his life. As one of Nigeria’s most prominent Gospel artist, Kenny K’ore (born Kehinde Olumide Akinbode) has established himself as a solo artist after being part of popular group Infinity for 11 years. The group has won many awards and has oft been referred to as the best gospel group in Nigeria. Their song “Olori Oko” has sold over 10 million CD units, mostly in Africa.

Kenny K’ore was raised in Ogun State, amongst a Christian family who were also avid music listeners. He believes this has largely contributed to shaping who he is today. His career started in the Church, when him and other Infinity group members decided to form a group in order to make the fellowship more interesting to fellow youth.

As a solo artist, Kenny is still very famous amongst the youth. His music is known for its versatility, marked by a strong use of the Yoruba language, afrocentric vocalism and an affinity for alternative rock. He pioneers the genre, fusing Afro and western influences in his music. Kenny released his first solo album, ELEDUMARE, in 2009 exclusively through Blue Pie Records. With hits such as “So More” and “Yanibo”, his album delivers the message of God, positively affecting people’s lives all over Nigeria. The album saw a huge success, and was repackaged a year later with three additional songs – “Yalako”, “Official Baby” and “Press On” – under ELEDUMARE RELOADED. In 2010, he was a nominee for Gospel Artist of the year from Nigeria Entertainment Awards.

Kenny K’ore displays his love of God not only as a singer/songwriter, but also as a gospel minister in Lagos. This is represented by his motto, “Bridging the Extremities between Art and Spirit”. He hopes to serve God’s purpose as an accomplished musician and leave behind a musical legacy.