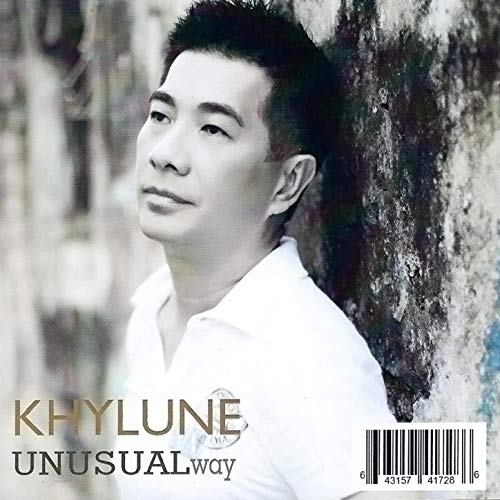 Khylune is a rare breed in today’s music scene. A musician’s musician, flawlessly compiling a track list of songs that showcase how eclectic his musical style is as a singer/songwriter. His debut album “Love Found Me” underlines just how influential his time spent in the UK and US was to him, developing into his own brand of musical maturity.

Born in the cultural hub of Malaysia, Khylune had his first encounter with music at an early age when he sang gospels in his local churches. From there he never looked back, something awakened inside of him and his desire to answer his calling as a professional musician became all too strong for him to deny. He spent the first six years of his singing career traveling extensively across South East Asia performing live shows. It was during this all-embracing tour that he learnt first hand how to grow as a musician, constantly fine tuning his songs and performances to provide a show that his ever-growing audience would ultimately embrace and appreciate. However, it wasn’t until he took a well deserved break from touring that he learnt the value of musical craftsmanship and the importance of exploring the myriads of genres he would eventually implement into his recitals. Making use of his extended break and taking the opportunity to study performing arts in the UK led Khylune to experiment with song writing. His endeavour into writing his own songs and compositions proved to be Khylune’s forte. He wrote songs that really showcased his budding abilities not only as a musician but also as a songwriter with astonishing potential.

Khylune has a rather introspective view of the music industry. Intrigued and fascinated by the ever quickening pace and yet perplexed by the complexity of it. The constantly changing trends and newer and bolder genres of music that shift in popularity are quite intimidating to the latest inductee to the music world. It is not difficult to be diluted by what some may call and define as the current ‘preferred style of music’. But Khylune manages these quarries with utmost tenacity. He lives by the idea that songwriting is never unfashionable and classic is considered so for a reason. Khylune takes a page out of the greats; Louis Armstrong, Nat King Cole and Nina Simone, their songs are still played in circulation today and their performances considered legendary due to the fact their sound will always be heralded as popular and admired by all musicians.

Khylune’s late foster father, a successful music producer in Los Angeles, was the main inspiration for Khylune’s school of thought. He instilled an unwavering belief that Khylune has put into practice; to be fearless and willing. With that in mind, Khylune co wrote the “Love Found Me” album with some of the most talented writers across the USA. He wrote and composed the album hoping that others find his work personal, yet entertaining all the same.

“Khylune is a wonderfully gifted singer and musician with whom we have enjoyed collaborating. He is a thoughtful and caring individual who is easy to work with. He possesses a contagious sense of humor which makes everyone around him feel comfortable and happy. We are proud of his album produced by Dave Tough and are confident that his talents will be recognized world-wide. I congratulate him on the excellent job he’s done with the song writing and the vocals. I look forward to a successful outcome for him.” – Cathy Lemmon President of ADN Nashville

Khylune is a Blue Pie Records USA artist and is published by Blue Pie Publishing USA (ASCAP) for selected titles.