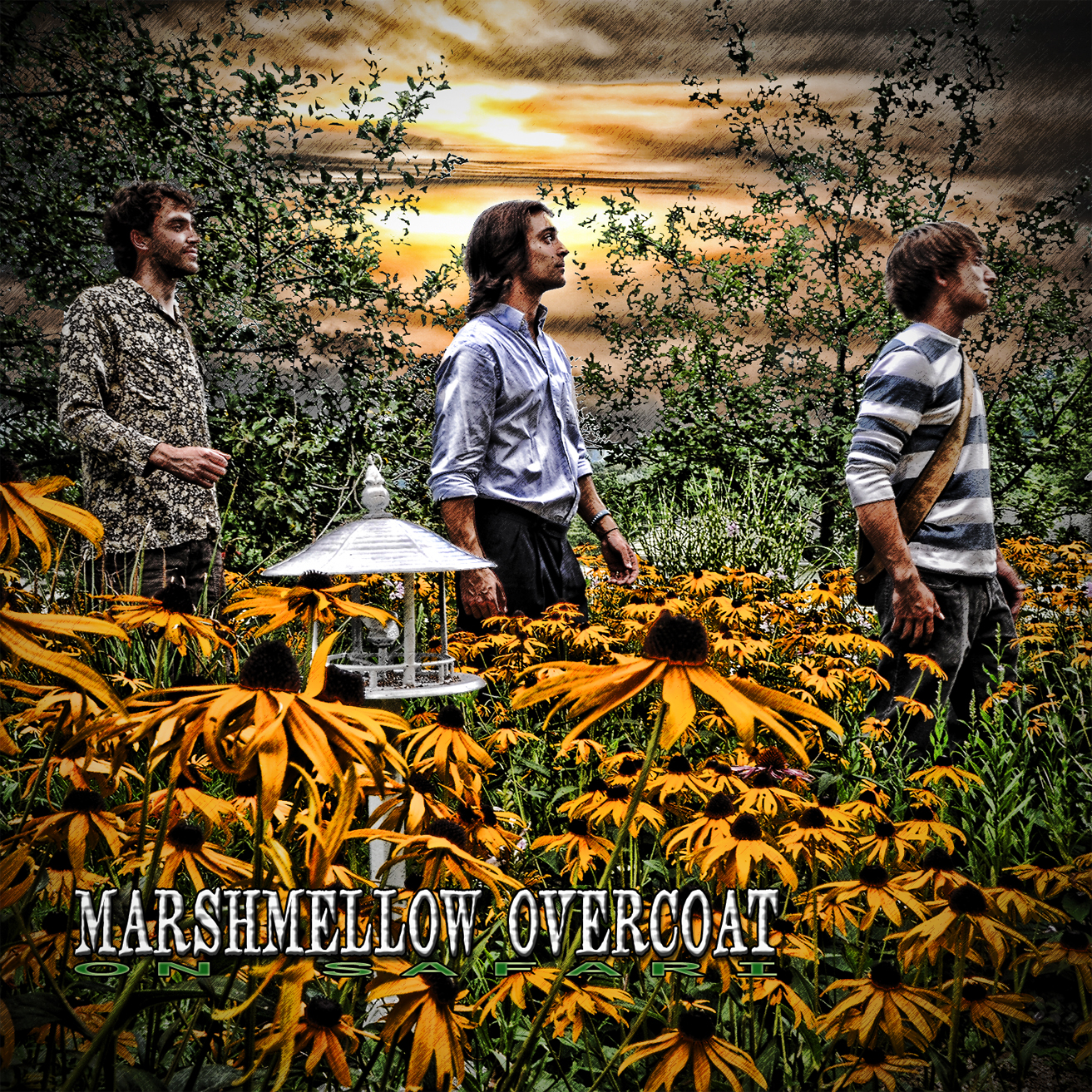 Marshmellow Overcoat are a band that above all else, maintain the musical spirit of the 1960s and 1970s, whilst melding it with the contemporary sounds of today to appeal to the modern audience. Tyler Calkins and Dave Verbocy first performed as Marshmellow Overcoat in early 2008 after playing acoustic shows for some time. Months later, the duo welcomed drummer Anthony ‘Cav’ Cavallaro and began recording and performing full-time.

They set out to keep the music they loved alive, fusing the essence of the 60s and 70s into their own tracks. In the same vein as rock heroes like The Beatles and Neil Young, Marshmellow Overcoat focus on making musically solid albums with a tinge of classic-rock within their songwriting and musicianship. The band’s first album “Dominique’s Garden and Brigade” was released independently in late 2009.

Marshmellow Overcoat spent the first half of 2010 playing concerts throughout western PA and NY State. The band is now getting ready to promote their enticing second album “On Safari”, which was recorded with veteran Nashville engineer Marc Frigo. The leadoff single “Another Way To Hide” clearly demonstrates the range of influences that can be found scattered throughout the upcoming release.

The members of Marshmellow Overcoat are determined to work with their success, while always remaining focused on writing great songs and giving performances that the audiences love. At their shows, you can also expect to hear rollicking versions of many of the band’s much-loved classic and modern rock songs, bringing old favourites back to life and into today for you to enjoy.

For more information on the band you can visit the following websites.