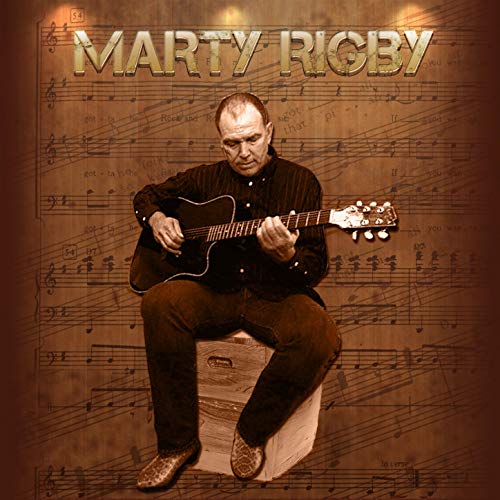 Marty has been writing and performing music for over 45 years. He started playing guitar when he was just 6 years old. He studied classical guitar with Javier Calderon and jazz guitar with Chester Rupp respectively. With years of experience in playing small and medium size venues as a solo artist and with bands, Marty has traveled the road playing restaurants, clubs and festivals throughout Texas, New Mexico, Louisiana, the Southwest and Europe as a solo artist.

Marty can draw a crowd where ever he plays. He has been the sideman for many a leading act and understands the unique requirements of when and what to play for the satisfaction of the venue and it’s customers. Marty has graced the stage of some of the biggest and most well known festivals including Bayfest and the Texas Jazz Festival in Corpus Christi, Texas, Aquafest in Austin, Texas and the Amsterdam Blues Festival in Amsterdam, The Netherlands to name just a few.

Marty has a new album out that he and his good friend and fellow musician, singer/songwriter Michael O’Connor worked on that was Co-Produced by Jay Hudson. The album is an eclectic collection of Marty’s songs from the past few years that he has been honing and refining while performing them live to various parts of the USA. This album features Mike Gersmann, Chip Dill, Ron Flynt, Larry Telford, Naiman Rigby, Casey Elliott, Michael O’Connor to name just a few of Austin’s great players attached to this album.