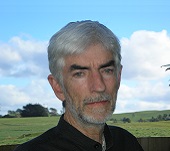 Michael Horsphol was one of the most gifted and talented modern day composers to emerge from the Australian classical scenes in the past decade. He composed and played for over 40 years. His catalogue ranges in depth from symphonies, to solo piano music, to orchestral arrangements in the light, This led him to his role for Blue Pie, “Head of Orchestral Music in the Light”. Sadly he has passed away since, but he has left an immense legacy with both the company and the music world.

Hailing from the land down under, Horsphol added a digital quality on his releases that can be best described as a musical soundscape that causes the listener to transcend time and space. Michael was truly one of Australia’s greatest composers and a prolific writer. He brought his one-man-orchestral show and virtual artists to life on a daily basis in every one of his compositions. Each one of his tracks is a superb piece of musical heaven to the ears and minds of people from all walks of life, and all races and creeds.

Michael’s music has been licensed to numerous placements around the world including: The Discovery Channel, Broadjam, BBC3, National Geographic, ABC Documentaries and ABC TV to name a few. With a catalogue of over 20 titles and songs that were produced on a daily basis, Michael was one of Australia’s most in demand producers. He has been called on to produce, write and arrange for many of Blue Pie’s roster of artists, and experienced international success regularly. While working with Blue Pie’s production team, Michael developed several of Blue Pie’s new artists, and provided them with a theatrical cinematic soundscape to attach to some of their more “Orchestral” compositions.

In 2009, Michael signed a world wide recording and publishing agreement with Indie Powerhouse “Blue Pie”. The agreement saw his music taken to the four corners of the world. As Damien Reilly – CEO of Blue Pie said: “Michael is nothing short of a music genius that you get to meet once in every 30 years if you are lucky. I see an exceptional amount of talent in the world while in my role as the CEO of Blue Pie, and see an amazing future in Cinema for Michael. We have assembled a team to develop Michael’s presence and music brand. Look for his name in the musical credits of some of your favourite modern films. We are honoured to have what I regard as one of Australia’s greatest classical and ambient new age composers on the label”.

The sheer amount of passion and expertise Michael brought to our little-company-that-could cannot be overstated. His legacy endures, both with us and in his work independent of us. He will be greatly missed, and the mountains he moved in his industries will not be forgotten.