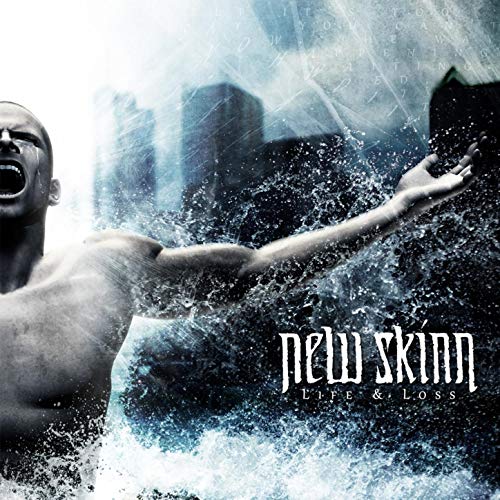 ‘NEW SKINN’ was formed in 2005, though no one knew what was to come until the final member of this impressive act completed the line up in 2008. With powerful riffs, shredding leads, Phil G’s soaring signature vocals, Xman’s intense and untamed beats and GreekMan’s cutting edge bass sound, ‘NEW SKINN’ has brought together a wide range of their influences and developed their own unique sound.

In 2006, ‘NEW SKINN’ released their debut EP “Cause & Effect”. A heavy 2-year show schedule after the EP release made them one of the most exiting acts in Melbourne, Australia.

In 2009, ‘NEW SKINN’ released their single “Clearview” and sold out shows, becoming more regular than on the metal/rock alternative scene than ever before! ‘NEW SKINN’ went on to release their debut album in June 2010 at the packed ‘HI-FI Bar’ in Melbourne, with a national tour to follow, with great success.

‘NEW SKINN’ have received radio play at American radio station ‘NMM’, as well as Australian radio stations; Triple M, Triple J, Pbs & Triple R. Their newly released album ‘Life & Loss’ is out now and has had fans waiting with anticipation. This hard working and talented act has recently sold out a range of venues across Victoria.

2013 has seen the band get onboard with ‘Full Metal Service’ who will be looking after their International bookings. ‘NEW SKINN’ will also release their next CD in mid 2013 and tour nationally and Internationally, with one of Europe’s biggest open-air festival’s already booked for 2014!

They are sure to be a major influence in the rock landscape for year’s to come with the band recently signing a Distribution/Publishing deal with Record Label ‘Blue Pie Productions’ in 2012.

‘NEW SKINN’ is not slowing down. The band continues to grow and will make their mark in the industry, leaving behind a legacy for future quality acts to follow for many years to come!