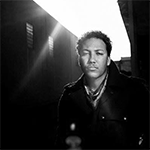 Noble Taylor hails from a long line of Canadian Entertainment Music Royalty. His father William Taylor is a very successful actor. Noble’s God-Father “Mr Bobby Taylor” is a very successful song writer. He founded and performed in the world famous Bobby Taylor and the Vancouver’s. He was instrumental in discovering a little group from Gary, Indiana called the Jackson 5 and penning 2 of their hits. With this gene pool it’s no wonder that Noble has a voice made of gold and a style reminiscent of the classic artists from the 60’s and 70’s.

Noble is regarded as one of the greatest emerging RnB singers and producers to emerge from Canada in the past decade. Noble has been passionate about music ever since he can remember. As Noble says: “Music has always been around me and with my Dad and friends it was just a natural progression for me to immerse myself in music”.

Today he is touching those dreams and inspiring minds throughout Canada, UK, Australia, and the U.S. “Music moves people, It moves hearts, and it moves the world”. Noble is a classic artist in the style of Sam Cooke and Smokey Robinson. Noble was heavily influenced by the great artists of the 60’s growing up including Marvin Gaye, Donny Hathaway, Bobby Taylor and of course Sam Cooke and Smokey Robinson. The music gene is a family trait with the Taylor men. Motown Legend Bobby Taylor is Noble’s God Father. Nobles father was a jazz musician singer bass player who passed his passions to his son. William Taylor has worked throughout the Hollywood film industry exclusively and also being a Golden Gloves Boxing Champion of the state of Washington Seattle. Also, Noble’s older brother is a hip hop producer in Los Angeles.

Noble has opened for artists such as: Keisha Chante, 112, Blue Cantrell, Montell Jordan, The Game (x2), Chingy, Kardinal Official and Too Short. He has toured Western Canada with Boyz II men in and performed at Vancouver’s Summer Jam 2006. In 2007 Noble opened for Ne-yo in Vancouver BC to a sold out crowd. In 2002 he won The Beat open mike contest. As a solo artist, NOBLE has worked with many local and International producers: Ruuds (CAN), CI (CAN), HeatRocks (LA), B&A Productions (UK), Phrisk Entertainment (UK) (CAN).

In 2007 he produced a music video with hip hop Canadian rapper Joey Stylez. He was the driving force behind the new single Switch It Up that received massive air play and chart success in Canada through MuchMusic, Rapcity and Muchvibe. His first official Canadian radio single SLOW IT DOWN was released on April 6th, 2006. It charted up into the top 5 on Vancouver radio the beat 94.5 and to date is playing all over Canada in rotation. The success from the airplay and market reaction set the stage for noble to focus on producing, writing and singing on as many collaborations within the Urban/R&B genre.

Noble is also an expert boxer and has trained extensively out of the POLOMINO boxing gym in Los Angeles, CA and the legendary SUGAR RAYLEONARD academy in Washington. He now coaches part-time in the same sport at WKX Extreme Fitness in Surrey, BC where he devotes his time to helping kids and adults achieve fitness. His skill as a boxer provides much of the edge he exhibits throughout his career. Noble has studied music theory and voice lessons at the Vancouver School of Music.

With all these rich Musical influences, Noble has not looked back from his goals and aspirations. His music has been compared to Genuine, Bobby Valentino, and Ne-Yo. Noble is a consummate performer and a man with a classic RnB voice and an ear that knows a hit song. Just listen to his music it is all there. In 2014 Noble signed a worldwide publishing and recording + production agreement with DJ Central Records. He is now the resident song doctor and man for all things pop and RnB for DJ Central Records.