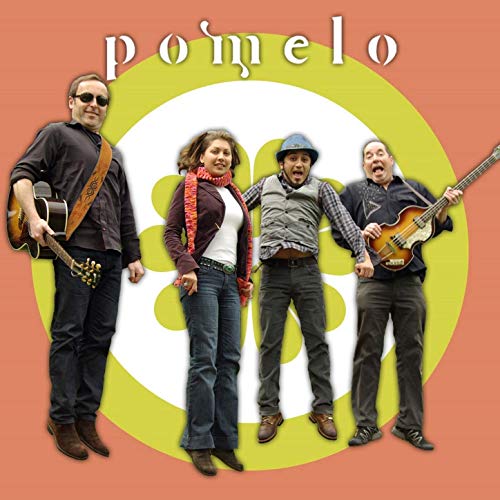 Born in Toledo, Spain and raised in Barcelona, Fernando R. Fernandez brings to you the most eclectic and riveting Spanish music group yet, Pomelo! Now based in San Francisco, Pomelo blend the flavours of Spanish flamenco and tango with more contemporary ways of production and influences.

Growing up, Fernando stood out of the crowd when he picked up his sister’s unused guitar at the age of five. His eight older siblings had not expressed any interest in music so it was a surprise to all when Fernando plucked out a few chords and declared that he wanted to become a musician. That is how it all began.

Fernando then began to develop his craft taking his first guitar class at the age of eight, where by the age of 10 he had begun more rigorous musical studies at Conservatorio de Musica, Liceo de Barcelona. As a teenager, Fernando went on to study theory, harmony and guitar at Barcelona’s Aula de Musica Moderna y Jazz, a school renowned in Spain for its superior standards and for the expertise of its instructors, most of whom are Berklee School of Music graduates.

By the age of eighteen Fernando had figured out that there were fewer bassists than guitarists and so bass players could find better gigs. And in fact, this is how it worked out for Fernando. He taught himself to play bass guitar and joined recording artists La Rocker Band, a popular band in those days. A couple of years later, Fernando switched to a more lucrative genre of ‘Pachanga’ – small dance orchestras that play at typical Spanish events and festivals. Playing the paso doble to tango to salsa whilst also weaving in tunes from The Beatles and Los Rollings. Two years and 150 four-hour gigs later, he moved to San Francisco with his newlywed wife.

Fernando has been expanding his musical horizon since then. Starting out at Haight and Ashbury’s open mic nights he then began to study with his friend and future music partner, well-known Bay Area guitarist Bob Coons. As time went on, Fernando noted that something was missing in his guitar playing – the energy of the finger strumming, a sound innate to him wasn’t there. This brought him to purchase a nylon-string Spanish guitar, an instrument he thought he’d never own again and went on to study with flamenco soloist Ron Chinn. Going back to his roots and combining that sound with new international influences, Fernando embarked upon the path that would lead him to where he is today in his musical career.

Fernando formed his group Pomelo in 2003. Knowing exactly which direction he wanted to go, he set up his group of established musicians to fuse together a contemporary mix of musical styles with a multi-cultural essence. It is this successful combination of flavours that creates the POMELO sound. Pomelo’s debut release Are We There Yet? was released in 2004 and they recently finished mixing their second CD Como Pica el Sol. Prepare yourselves for the best Spanish and contemporary hits! They are fun and very danceable.

Fernando continues to create music in his San Rafael home studio and continues to collaborate with a variety of established artists. Most recently, he composed a musical score for the theatre group The Imaginists of Santa Rosa, CA. Also a talented cook (another one of his numerable talents) he is producing and starring in public access TV cooking shows – with a Spanish twist, of course. Que aproveche!
Fast-forward to 2011, and Pomelo is now signed to one of the world’s largest independent record labels, Blue Pie Records. Together, they will digitally distribute all singles and albums for fans and Spanish music lovers.

Pomelo is a Blue Pie Records USA artist and is published by Blue Pie Publishing USA (ASCAP) for selected titles.