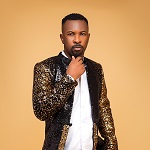 Ruggedman is one of Nigeria’s most celebrated hip-hop artists. Born Michael Ugochukwu Stevens, he was fourth in a line of five children and moved to Lagos in his early years, which brought its own challenges. But family has always been first for him.

At age 11 he got hooked on musical TV shows like SoulTrain and Top of The Pops., which was just the beginning of what was to become the journey of a lifetime.

“My uncle Jonathan Okeke would come from America with VHS tapes of Yo!, MTV Raps with Ed Lover & Dr Dre., Rap City with Fab Five Freddie. I would spend hours watching them at his house. Then borrow like 5, return 3. Borrow another 6 tapes and return 2…lol!” – Ruggedman

He started writing down rap lyrics and testing out his skills. Soon after, Ruggedman was scouting local studios and with the help of DJs, got to record instrumental loops. And while he was influenced by some of the hip-hop greats, Ruggedman’s music remains original.

It may have seemed a bit odd at the time, seeing as most other people showed up to make music of their own. For Ruggedman, not so much.

“I started trying to rap the lyrics I had written out to their beats. Then I started writing my own lyrics to the beats” – Ruggedman

He started recording his own music with a tape deck due to a lack of access to a professional recording studio. While the technology and method was rudimentary, it was enough for Ruggedman to record his ideas.

Ruggedman was hitting the studios again, recording his own lines on tapes straight from a mic. He made the list of artists alongside Abounce recording music for Diamond Ring, a Tade Ogidan film. This was followed by a collaboration with Freestyle and Swave on the Hilda Dokubo film”A Campus Tale”. The collaboration was assisted by producer Paul Play Dairo and the late studio engineer Tony Tonero.

He went on to record his first ever track with Paul Play Dairo called “What If”, which lead to a chance meeting with the late OJB Jezreel. With access to professional recording studios, his journey in music went from strength to strength. If there was any doubt about his influence on Nigerian contemporary music, the numerous awards Ruggedman has received speak volumes.