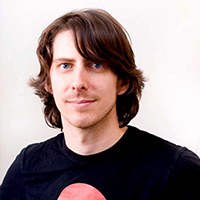 Sam Pollard began playing the piano at the age of five and has never looked back. As a gifted composer and an accomplished multi instrumentalist in piano, keyboards, electric and acoustic guitars, cornet, trumpet and trombone, Sam Pollard has a voice that can brilliantly blend various styles to create a sound that is uniquely his own.

Raised in the UK but relocated to Australia, Sam’s musical influences include the best of British rock as well as classical and jazz styles. He is classically trained, with live experiences ranging from rock to big band jazz and improv, where his excitement for music shines bright through his performances.

Sam completed his debut album “World of Difference” with his band and producer Jimi Maroudas at Sing Sing Studios in Melbourne. This body of work is an album with multiple personalities. Sam draws his inspiration from many diverse acts including Muse, Ben Folds Five and Sublime. The result is an amazingly fluid and enlightening listening experience, as his music crosses a number of genres from acoustic singer-songwriter to alternative rock. He is often compared to Robbie Williams, Queen, David Blunt, Crowded House, Lior, and many other talented artists.

“World of Difference” received a GrIndie award from RadioIndy who said, “Pollard’s vocals are rhythmical and have a fashionable flair of alternative pop/rock. His lyrics are narrative and bouncy, and he delivers a message within each song as a chronicle of events”. The album also caught the ears of Damien Reilly, CEO of Blue Pie Records USA, who quickly signed Sam up to the Blue Pie family and invited him to Sydney to showcase his talents.

Sam’s accomplishments include winning the 1st prize in the 2010 “WhoTune Keyboard Superstar Competition” with the song “Better Way” and a live online performance judged by music industry professionals. Although performed on keyboards, this song was actually the first thing Sam played after buying a new acoustic guitar: “The structure and lyrics just seemed to come from somewhere inside the guitar”. The win was a fantastic achievement for Sam and his music in the face of some tough competition. It has helped him on the path to greater success with increased exposure and a new keyboard as one of the prizes.

Public interest and radio play has been increasing with over 200 stations globally now spinning songs from the “World of Difference” album. Sam had a busy year in 2010 developing his fan base through album sales, festivals, gigs and live performances on radio. His song “Blah Blah” got reworked for inclusion in the Australian film “Dealing With Destiny”, and the song “World of Difference” got featured in “The Argues” film.

For his 2012 World Of Difference tour, Sam cycled 4,500km from the East Coast of Australia to the West, starting in Sydney and ending in Busselton, Western Australia. His cycling and musical journey helped raised $1,755 for Reclink Australia, a charitable organisation that helps disadvantaged Australians through sports and arts. A documentary titled “A World Of Difference” was released chronically Sam’s experiences on the tour.

In late 2019, Sam Pollard released his much-awaited album “Steps”. This masterpiece of an album follows the story of a girl from a young age to later life, and how she helps everyone understand what they should be doing and how they can best help each other. “Steps” is an achievement to say the least, and took 5 months of writing and a further 5 months of preparation work to accomplish. Sam has put his whole heart and all of his passion into each of the songs, and it shows. This album is a trip into emotional exploration, with many detours into fun along the way. The lighthearted nature of the instrumental carries the album well and allows it to explore the themes it does without ever becoming too morbid or self indulgent. Following in the footsteps of artists like Ben Folds Five, Queen, Missy Higgins, Delta Goodrem, Martha Wainwright, Crowded House, Paul McCartney, Green Day, and even Simple Plan, Sam Pollard has taken inspiration, but not imitation, from the masterful work of his contemporaries and from those who set the standards before his time. With emotional highs and lows and catchy music all throughout, this set of Steps will take you up, down, and to new places. A journey worth taking for any fan of chill, catchy music and laid back modern pop rock! Just another day for Sam Pollard.