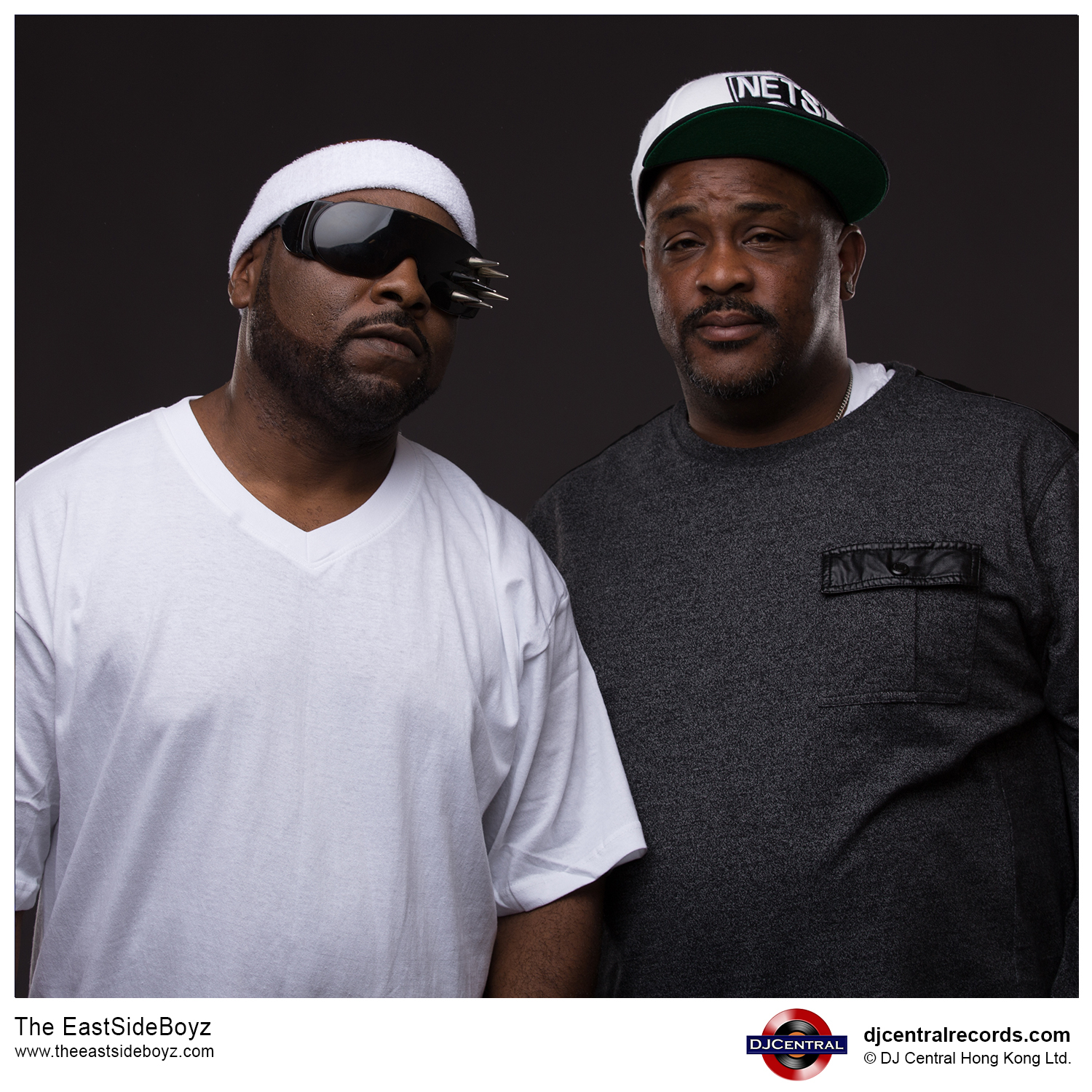 The East Side Boyz

Long before the days Lil Jon called himself the “King of Crunk” he had aspirations of climbing the Hip-Hop ladder with childhood friends Big Sam and Lil Bo, aka The East Side Boyz. In 1997, they had an incredible following in the Atlanta hip hop scene and Lil Jon came on board as the leading front man. Charismatic and loud mouthed, Lil Jon was the figurehead for this rapidly growing music team. In 1997 they released their first album “Get Crunk, Who U Wit: Da Album” with Mirror Image. The single “Shawty Freak a Lil’ Sumthin” reached #36 on the Hot Rap Singles charts as well as #62 on the Hot R&B/Hip-Hop Songs Billboard. The other major single from the album “Who U Wit?” also charted on the Hot R&B/Hip-Hop Songs Billboard at #70.

The international success of “Get Crunk, Who U Wit: Da Album” brought with it many outside production opportunities for Lil Jon so it wasn’t until 2000 that he returned with another record with The East Side Boyz, “We Still Crunk”. With massive success happening on many levels Lil’ Jon started up his own label – BME Recordings, promptly signing himself and The East Side Boyz to the latest label. The group then went to work on their second album, which became their commercial breakthrough.

That same year Lil’ Jon and The East Side Boyz released “We Still Crunk!!” and released it under his own label. Among the tracks on the widely acclaimed record was the hit single “I Like Those Girls,” which reached #55 on the R&B chart and squeezing into #3 position on the Hot Rap Tracks chart. In 2001 Lil Jon and The East Side Boyz released their third album “Put Yo Hood Up” which was quickly certified Gold by the RIAA for sales of over 500,000 copies. This brilliant album reached #1 on the US Independent Albums Billboard and #6 on the Hot R&B/Hip-Hop Songs Billboard.

“Kings of Crunk” was their fourth breathtaking album released in 2002. The album was certified 2x Platinum by the RIAA in 2003 for sales of over 2,000,000 copies in the United States of America. Among many others the album features rapper Pitbull’s first recorded mainstream feature. The group’s pride and joy placed #1 and #2 on US Independent Albums Billboard and the US Top R&B/Hip-Hop Albums. 2003 was a very busy year for the group as there were two albums released. “Certified Crunk” and “Part II” are the names of these infamous albums. Where “Certified Crunk” impressively made it to #9 on the US Independent Albums Billboard “Part II” made it all the way to #1 on the same chart. The hit album “Part II” is mostly comprised of remixes of the also #1 “Kings of Crunk” Album.

Lil’ John and The East Side Boyz last album together would be “Crunk Juice” leaving them with #1, #2 and #3 places on three US charts. The album was so popular it cross the Atlantic and placed at #52 on the UK Albums chart. The final album’s chart topping hit “Lovers & Friends” featuring Usher and Ludacris was by far the most successful release from the group grabbing the #3 spot on the Billboard 100 and taking out first place on the US Rhythmic Airplay Billboard. This track was a global sensation charting in many countries such as Germany, Italy and Australia.

In the wake of “Crunk Juice” Lil’ Jon’s label took the spotlight as he decided to step out of it. Lil’ Jon and The East Side Boyz decided to call it a day in 2005. Since then The East Side Boyz have been responsible for huge hip-hop songs of the last generation including “Get Low”, “What U Gon’ Do” and the album “Kings of Crunk” and working with incredible artists such as Chyna Whyte, Bone Crusher and Oobie to create these massive hits.

In 2016 The East Side Boyz signed with DayOne Entertainment for management under the watchful eye of Al Nolan. Al then immediately signed a global distribution to publishing agreement with DJ Central Records. In January 2017 The Boyz released three monster records that have now gathered over 25,000,000 streams, downloads and YouTube plays.

With all the excitement tours and shows are being announed over 2017 and 2018. For all up to date information please follow the following official links. The East Side Boyz are and always will be one of Hip Hops pioneers and certainly one of hip-hop’s finest to come from Atlanta. For all the latest news remember to visit the official website here: www.theeastsideboyz.com

The East Side Boyz are a Blue Pie Records USA artist and are published by Blue Pie Publishing USA (ASCAP) for selected titles.