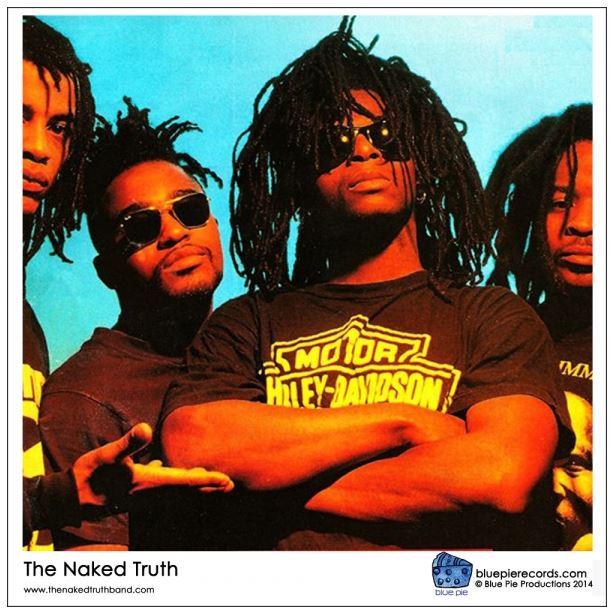 The Naked Truth is an Atlanta, Georgia based quartet originating in the local hardcore scene in 1988, although the individual band members arrived from far afield: vocalist Doug Watts came from Detroit, bassist Jeff from Harlem, New York, and drummer Bernard Dawson from Los Angeles, while Jimmie Westley was the only Georgia native, from Savannah.

Life was initially tough for a black metal band in Georgia, but the dreadlocked group’s singer (D.Watts) caught the interest of former Clash manager Bernie Rhodes, and he helped the band sign to Sony and they relocated to London.

Despite making their name all the way back in the early 90s, the punk metal band is still going strong, and did not let the prejudices against them keep them down- indeed, they put the emotions they felt as a result of this into their music, and it came out in the best way possible! Just wait for the heavy drop. It’s moody, powerful, angry stuff, which is just the perfect sort of blend for the subject matter and music style. Which explains why it’s the featured video and the very first thing you see when you check out their website – no need to overstate anything. Just watch this. It’s all you need to know. Earned confidence.

That not enough for you? Keep reading between the lines. Seek and you shall find! Here’s one of their more popular songs!

But say that music videos aren’t your sorta thing right now. Well, you’re in luck… the band’s Spotify is still here and kicking, and we have a playlist of the best they have to offer all made up, just for you! This band is absolutely iconic, and this playlist is the perfect way to bring that to the modern music world once more!

Chillingly good songs that you can easily bang your head to. Beyond that, check out their social media and official links below, and bring back the good old angry days of 90s metal!