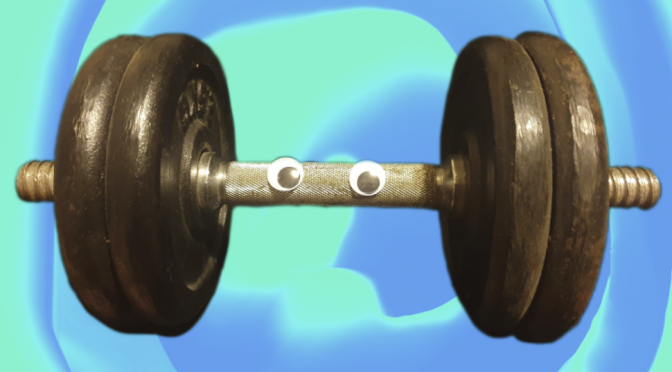 MC Mighty is a strange oddity that we hired one day to present our music on local radio. He loves all kinds of music, but his favourite genre is known as “Glubes”, AKA Goblin Blues. His favourite band is the Glube Berries, which are the Bluesiest Goblin Blues band ever, or so we’re told! He teams up with MC Pyrite to run the Blue Pie radio show.

Mighty handles distribution for our Australian team, and doubles up as MC Mighty when the world needs to hear his voice, which it needs to once a week in order to fulfill the Salty Swingers Ritual, otherwise it implodes upon itself. This is backed by science, as well as some online service we paid for in order to back up any unfounded scientific claim, making it completely genuine. Mighty lives in the Red Mountains, which are an extension of the Blue Mountains, except they came out in a rash a bit ago and nobody’s bothered to pass the moisturiser, so eventually the folk living there (just Mighty exclusively, nobody else lives there) have embraced it as a cultural identity.

When Mighty has spare time, he tends to his Ginnee Gips, which are beasts that are similar to guinea pigs. He has 200 of the creatures! Mighty has a passion for landscaping, making him technically the only Eldritch dumbbell eligible to qualify for lordship. During his landscaping, he pulls massive heaps of earth out of the ground, in order to transform all the land around him into extensions of the Red Mountains he’s so fond of. When he runs out of soil, Mighty enjoys gentle strolls into space, at which point he takes hold of the moon and punts it into the planet, using the refuse from the crash to make even more mountains.

The government has tried to stop him from doing this but they simply can’t, so they settle for replacing the moon every so often before anyone notices, which is why taxes have been steadily going up recently. Mighty, when asked to comment on this, simply said “you’re welcome” and cited his lack of regret due to teaching “all the human brats how to save up money properly”.

Mighty brings a cool and collected passion to the airwaves, then goes home and brews mountain rum, awaiting the next mortal who dares summon him. He does not need to sleep, and nor do you, if you try hard enough. He’s an inspiration to everyone who wishes to be a festering little stabby creature that wants to learn how to hit things very hard, and is the favoured dumbbell among goblins worldwide. Our radio show wouldn’t be the same without him.