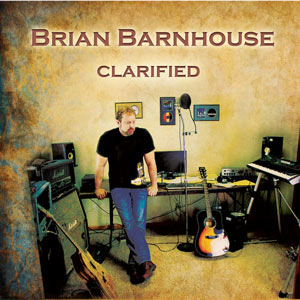 Brian Barnhouse picked up a guitar when he was 15 and never looked back. By 18 he was playing in local Canadian cover bands including Crossfyre, Fast4Ward, and Nebraska Band. With Nebraska, Brian travelled all over the Midwest. It was during his time with Nebraska that the band’s booking agent knew of a traveling cover band that was looking for a guitarist. Brian was flown out to audition for the band RAYZE on New Years Eve of 1989. Brian landed the slip and spent 9 months with RAYZE traveling all over the USA (Seattle, Atlanta, Dallas, Toledo, Daytona Beach), and even one week in Canada.

Cutting his skills playing covers 5 to 6 nights a week. It was with RAYZE that Brian got his first taste of what it was like to write your own songs. After his time with Rayze, Brian headed home to Nebraska and formed a band called Alibi and wrote and recorded 9 songs during 1991. Around 1992, Alibi would eventually turn into Mother Tung. Mother Tung immediately hit the road on the Cover circuits, and would remain there for 4 years straight. 1995 was the last year that Mother Tung would be a “Traveling Band” and after some band member changes, Mother Tung would go home, play only weekends, and never travel out of state again.

Mother Tung opened up for many major acts including Jackyl, Quiet Riot, Kansas, and more. The band was a finalist in Motley Crue’s “Kick Start Your Career” contest with two songs being an “Honorable Mention” in the 15th Annual Mid-Atlantic Song Writing Contest. The band played over 700 nights live all over the USA and would go on to sell out their debut album. Brian is a seasoned touring artist with a passion for song writing.

Fast forward to 2014 and Brian has signed to ConcertHouse Music and releasing his new album ” Clarified”.

CLICK HERE TO READ THE REVIEW OF “Clarified ” Written by Gabor

Now here we have something very sensational, straight out of the American independent scene and living in the middle of the USA, I am proudly presenting you BRIAN BARNHOUSE, a guitarist/vocalist making his solo debut with ‘Clarified’. His first band was called RAYZE back in 1990, which was pure Classic 80s US Hair Metal a la DOKKEN (check out a video on Brian’s site, which by the way is a damn catchy tune with superb vocalwork!) and what followed were more bands, including MOTHER TUNG, with whom he released 2 CDs.

All the time he was in contact with the legendary BOBBY BARTH from AXE, but it took until 2014 before the two would record an album, which is now out! Besides Bobby on guitar and taking care of the production, also BOB HARRIS from AXE is present on background vocals and keyboards. ‘Clarified’ is the result of this cooperation and I must admit, this is a fabulous honest record that shows that good new AOR/Melodic Rock in it’s traditional format can still sound sensational.

This album is definitely more interesting that the standard FRONTIERS RECORDS releases, because Brian has delivered an album that can easily fit between ROBERT TEPPER, CARL DIXON and PAUL LAINE in their 1980s heydays that is of course. I am a lot of times stunned when I hear the material of Brian, because this is sounding really good and beating easily most of the other releases in the genre. 10 songs are included, with a nice variety in tempo and style, including uptempo songs, midtempo material and (semi) ballads, which are all filled with catchy hooks, memorable choruses and flashy guitarwork. The production by Bobby is quite excellent and the absolute highlights here are the superb uptempo AOR rocker “Never return” (one of 2014’s finest AOR songs, sounding like a cross between ROBERT TEPPER’s “No easy way out” and PAUL LAINE’s “Doriana”), “Morning sun” (beautiful semi AOR ballad), “Tears fall down” (another great AOR rocker, with even a touch of ROXUS), “Firelady” (once again a fantastic uptempo AOR rocker) and the closing semi AOR-Rocker/Ballad “Rule the sky”. ‘Clarified’ is an album you absolutely do not want to miss! Concluded, what we have here is a true winner for every fan of classic AOR/Melodic Rock out there! Get it a.s.a.p.!

You can find out more about Brian by visiting his official website here: www.brianbarnhouse.com