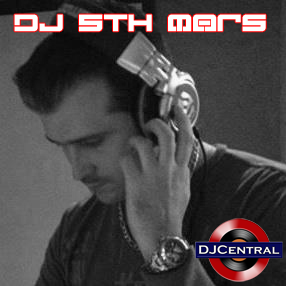 DJ 5th Mars originally from Montréal (Québec), Canada. Born in the urban jungle of Montréal city, he quickly develops a passion for techno and electro sounds. In 1999 he created his own style that he named DeepSpace Techno. DJ 5th Mars is not the typical DJ, but more a producer and a creator that plays is own music sets. As a hands-on artist, with experiences has a musician for the past 30 years, in production and mixing for 20 years, for the past 14 years he has exclusively produced EDM music.

Now, with the release of his new EP “Natural Waves” on DJ Central Records, the world is now tuning into the power DJ 5th of Mars and his Progressive Trance, Progressive House and Progressive Electro music that he is pumping out to the world at Volume 11 all the way from Canada to your ears. Digi it !

DJ 5th Mars will be collaborating with Damien Reilly and the Blue Pie Productions Team to mix several of Suzanna’s new tracks in preparation for Suzanna’s assualt on the US markets next year with SONY RED and Red River Entertainment.

As DJ 5th Mars says: ” Damien sent me Suzanna’s links and I fell in love with her voice instantly. What more can I say “

For more information, go to www.facebook.com/dj5thmars or search “DJ 5th Mars” of you can download DJ 5th Mars bio below.

Congrats to Dave Evans! A new deal organised and GUITARMAN IS OUT!

Kay L is rocking the internet with interviews and high view counts!

LadyDice is bringing some Suga Boom Boom magic to TikTok and a new single to your ears!
View More