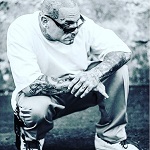 Down3r features on the hot new hit "Alright" by Solja Sick! Ending the 2010s with a bang!

Who needs a fireplace to warm up in the winter? Not nobody if they’re playing this kind of West Coast heat!

DL Down3r sure chose a hell of a way to close out 2019! The end of the decade needed something special, so on the 17th of December, the people got what they wanted! But it’s okay if you missed it. “Alright” is also the perfect track to begin your 2020!

We’re loving the G Funk vibe Down3r’s been putting out lately in hits such as Daydream and No L’s, and this is no exception – honestly, it takes it a step further. This banger may be one of the better ones yet! But as always, we’ll leave it to you to judge for yourself. After all, even if you disagree, you had to listen to three good songs to come to a decision, right? Win-win-win! Let us know what you think.

Whether it’s chill, hardcore, or somewhere in between, DL and his crew are sure doing their best to bring back the golden era of hip hop! You know the era I’m talking about. You can feel it with that catchy hook that gets stuck in your head after just one listen. You can vibe to it with that heavy bass and awesome beat – the kind that’s laid back, but also makes you bang your head to the rhythm! Perfect for cruising round downtown LA, bathed in sun, with the hydraulics in your lowrider bouncing away! That’s the aesthetic we’re talking, and it’s captured to a T in all of these songs… but in “Alright” in particular. And of course this track was produced by Bigg Cixx! That explains everything. He sure loves that funky vibe. This is a hip hop dream team, and we’re glad we have DL and Solja Sick to bring it on home just in time for the new 20s!