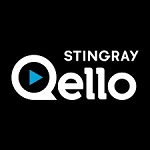 18th of February, 2019. A day that would make history- the day that all four of these incredible concerts would go live on Stingray Quello! Get nostalgic and revisit a concert you attended, or attend a live concert you weren’t able to go to back in the day, all in the comfort of your home! We have a huge array of musical talent to show you, so let’s get into it ASAP!

Headband were a progressive, blues rock band formed in Adelaide in February 1971 by bass guitarist Chris Bailey; drummer Joff Bateman; singer-songwriter and keyboardist Peter Beagley (later known as Peter Head); and singer-songwriter and guitarist Mauri Berg. The group supported Elton John (in 1971), The Rolling Stones (in 1973) at their Sydney performances. The band finished third in the 1972 Hoadley’s Battle of the Sounds – a national performance competition between the best groups representing each state. Headband released an album, A Song for Tooley (September 1973) and four singles before disbanding in 1974. Bailey later joined The Angels and then GANGgajang, Berg joined Fraternity (with Jimmy Barnes on vocals) and Head formed Mount Lofty Rangers (which included future AC/DC vocalist Bon Scott) and later went solo.

Live at Off-Corso was originally a TV concert, which has now been televised in numerous countries around the world including Brazil, Portugal and many more. Released in June 2010 this incredible performance stars a line-up of special guests and dancers including; Dutch saxophonist Candy Dulfer, Dutch idol contestant David Goncalves, Lantuna, the Lamba Zouk Dance team and the Brazilian Zouk Dance team. It is like a fiesta on stage, filled with unstoppable music and dancing.

Suzanna carries a stunning aura and her musical talents extend beyond the norm. She has been compared to some of the greatest pop divas of our world; Celine Dion, Beyonce, Mariah Carey and J-Lo. Her talent has been recognised by many, and has won her awards around the globe.

Originally from Cape Verde, West of Africa, Suzanna moved to The Netherlands at the age of four. Like many superstars, she started singing as a young child, but was quickly recognised and encouraged to start singing professionally at the age of eighteen.

Legendary Swedish metallers SILVER MOUNTAIN had their September 4, 2010 reunion show at Friluftsteatern in in Malm, Sweden filmed for release. The concert featured five different lineups and was captured using five cameras and a 24-track unit. This resulted in a 117-minute-long film, “A Reunion Live”.

Blurring the lines of metal, rock and pop, Freakhouse’s hybrid vision is poised to capture the ear of the modern rock world. Formed in Austin Texas, Freakhouse quickly built an intensely devoted following from their live performances at Skate Parks and X-Games venues. Wearing gas masks and having pinhead roadies had people seriously concerend, but shocking theatrics were just one aspect of Freakhouse, they also had KILLER songs.

Fans of Three Days Grace, Papa Roach, and Nickelback will also love Freakhouse Metal Edge dubbed them “The Band That Re-Defined Hard Rock” and Dell Computers literally wore out the single “Liars Inc” which is on all new Dell Computers worldwide, their music is heard on almost every UFC Program reaching millions of listeners and YouTube fans LOVE Freakhouse.

Just to be sure, those four links are, in order:

We’d like to extend special thanks to the fantastic folks at Quello for hosting these concerts and preserving the prestige landmarks of music for the world to enjoy forever! Not only have they done us a favour, but the musical world a favour as well. Now go on and experience those concerts like you were there, or perhaps flash back to when you WERE there!
Back