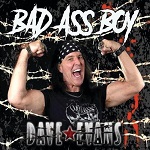 MEET DAVE EVANS! One of AC/DC's founders and one of Blue Pie's biggest rock icons!

Someone Shake Me All Night Long, I’m Thunderstruck and I’m TNT, so watch me explode – Dave Evans is Back In Black, and Blue Pie is ready to support him!

THE Dave Evans of THE AC/DC, one of Blue Pie’s biggest rock icons ever, originally arrived in Australia from Carmarthen Wales, aged five, and settled in North Queensland with his family. After forming his first band “In Session” in Charters Towers when he was seventeen, he moved to Sydney where he helped form a band (no name yet!) with Malcolm Young, Colin Burgess and Larry van Kriedt – a week later Malcolm’s younger brother Angus joined. Malcolm and Angus’ sister-in-law Sandra came up with the name AC/DC – to signify power and energy – and so one of the greatest rock and roll bands ever was born!

Evans has seen quite a storied career, given that he’s also been part of two other bands, Rabbit and Thunder Down Under. His groups were described as frenetic, violently hedonistic, and Dave himself was described as savagely heterosexual. To say nothing of the after-show parties, which were always wild affairs and popular with friends, fans and groupies! Dave is the quintessential old school rocker.


But just because the man is old school doesn’t mean he’s old hat! We’re happy to show that too, given that he’s just recently dropped a new single at the time of writing, BAD ASS BOY. And what a badass he is! This is straight out of the 80s, and not a pale imitation like so much nostalgia shillware is. Trust Dave Evans to know how to capture the era with style and passion!

We’ll be sure to cover that release in depth very soon. But safe to say it’s just as 80s as his music was all those years ago! It’s like we never left. The 11 years that Dave has been with Blue Pie have been truly special. In 2009, Dave Evans signed a global distribution and publishing agreement with us. The 1st release for Dave on Blue Pie was his classic rock album “Sinner”. The album is widely regarded as a modern day rock and roll masterpiece. The album has achieved many nominations with more to follow. The track “Sold my Soul to Rock n Roll” is the 1st single to be lifted from the album, and has been promoted to radio and media globally around the clock, since July 2009! This track was nominated at the LA Music Awards for best rock song. This single, as well as the rest of his catalogue, is out now and available at all leading digital retailers on the planet! We hope that if you didn’t know Dave Evans and his rockin’ legacy before, this will help you get in touch with your long wild hair and 80s attitude once again!

Look for Dave Evans at all great music stores across the world. For more information on Dave Evans you can visit his official links below. Dave Evans is a Blue Pie Records USA artist and is published for selected titles by Blue Pie Publishing USA (ASCAP)