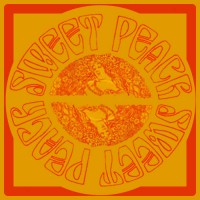 It’s time you readers meet one of Australia’s most iconic record labels from the 1970’s – that’s right, it’s Sweet Peach Records! With iconic artists like Fraternity, Doug Ashdown, and Lee Conway, we at Blue Pie have quite the legacy on our hands growing new revenue streams for the catalogue. It’s an important contribution to the musical world, so this warrants documenting. Sweet Peach records started in Adelaide in the 1970s, founded by producer Jimmy Stewart, and and Denis Whitburn at Adelaide’s Gamba Studios. Musician Doug Ashdown also lent a helping hand, and without him, the sheer amount of killer content the label was producing would have overwhelmed the team! During the three years that the label was active, it produced some absolute monster hits, such as Fraternity’s Livestock. Blue Pie is here to help distribute such hits from this catalogue like Fraternity’s music, as well as building a new website for the label! Such things are just the bare minimum that such musical history deserves. After all, you would want the utmost care to be taken when the music is just this good, wouldn’t you?!

Many of the artists who recorded for Sweet Peach came from Adelaide, such as rock bands Fraternity, Levi Smiths Clefs, Cannery Row and Paradise (which featured former Masters Apprentices guitarist Peter Tilbrook), singer-songwriters Doug Ashdown, Irene Petrie, Phil Sawyer and Kevin Johnson, and rising new country singer Lee Conway. Ashdown and Stewart co-produced much of the catalogue and co-wrote several tracks for other artists Lee Conway, Holy Black and Fraternity. Adelaide musician Phil Cunneen was an important influence in the studio, as arranger and musical director for most of the labels early singles. One of the label’s most sought-after LPs was the acclaimed album Hush by Sydney progressive-folk band Extradition (comprising several ex-members of Tully) which became a major collector’s item on LP and was re-issued on CD some years ago by Vicious Sloth Collectibles. Many other original productions by the label command exorbitant prices online and are highly sought after- they may be scarce, but they are valued beyond value itself!

Sweet Peach Records is part of the sonic foundations of Australia’s musical heartbeat in the 70’s! They were only with us for a few years and yet in that short amount of time they’ve cemented themselves as one of the most iconic record labels to ever come out of Australia! If you’re still curious about the extent of Sweet Peach’s impact on the music world, check out their discography and the full documentation of their story below which we used excerpts from!

The legacy of Jimmy Stewart, Denis Whitman, and the rest is still alive and well, much to our delight. Sweet Peach Records are digitally distributed by Blue Pie Records for the world. We are honoured to be responsible for the distribution of such a prestigious label and catalogue. 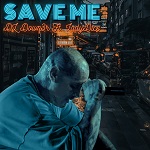 Down3r and LadyDice save Spotify! SAVE ME releases worldwide!
View More

Taking the blue pill? The Key Loch remixes of CB’s FANTASY are blowing up!