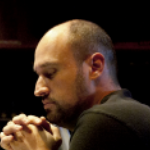 Working with us for over 9 years, friends with the one and only Chris Garcia, and a mixer for Key Loch and the ever-popular Jack Parry mix of the legendary Suga Boom Boom, Tom Polce’s accomplishments speak for themselves!

Tom Polce is a Los Angeles based composer. A multi-instrumentalist from Boston who studied at the acclaimed New England Conservatory of Music and Berklee College of Music, Tom has scored all seasons of Crazy Ex Girlfriend and has contributed original music and scores for many shows. These include the likes of NCIS New Orleans, Jane the Virgin, Charmed, Elementary, The Good Fight, Bull, 90210, America’s Next Top Model, Rules of Engagement, and many more. Texas 6 in particular is one of his more well-known scores, and the album for it is on Spotify ready for the world to listen to every time they need a reminder of this stellar show.

With Tom Polce contributing to so many mixes of tracks that we at Blue Pie distribute, we can look forward to this level of quality for many years to come! As such, the team would like to thank Tom Polce for all his efforts, and we’re optimistic that the future will bring many more great collaborations between him, the team, and our supported artists.