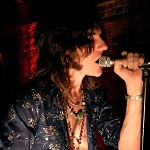 Ooh La La! Is that a new site?

Ooh La La has a new website, and it looks better than ever!

The website has been cleaned up and refreshed, and a word you could use to describe how it looks now could certainly be “amazing”. Or maybe even the eponymous “Ooh La La!” After all, it looks fantastic – as a website for one of the greatest rock groups of all time should look!

We told you! Michael Browning wouldn’t manage just any group, and it’s clear to see that Ooh La La have fantastic musical ability! Amazing rock is their territory, and they deserve a website to complement that.

Ooh La La formed in early 2005, after bonding on blues and brandy, funk and wine, jamming and gin. Collectively dedicated to their rock’n’roll roots, Ooh La La have maintained a steady and regular presence on the live circuit as they strive to deliver their rock ‘n’ roll sermons to all and sundry. Managed by Michael Browning and Sam Righi, this power house team or rock catapulted the band into high rotation on selected FM stations in Australia.

Their debut EP ‘Chop The Mutha Down’ was released in mid 2006 and enjoyed some well deserved chart time in the ARIA top 20, reaching 14 in May 2007.  Well received appearances at the Peat’s Ridge and Great Escape festivals have further cemented the band’s growing reputation as a great live act.

This will stand as a monument to a rock band that we all wish was still with us. Sadly the band called it a day back in 2012. But here in the year of 2019, with 2020 still around the corner, this website will remain, as will their Spotify catalogue. Ooh La La will live on.