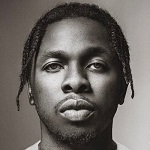 Ordior has signed Soundgod HQ and Runtown for a world wide exclusive publishing and administration agreement! The Ordior team is going to make the recovery of unclaimed YouTube and performance royalties for Runtown its top priority. This is a brilliant opportunity, and will lead to a new golden era for Ordior and Runtown- the chance to spread some of the greatest music on the planet even further to the audiences that deserve to hear it! Every reclaimed royalty is more fuel for the musical machine to keep on going! And we at Blue Pie couldn’t be more excited for our partner company. After all, bringing good music to the world is the dream of any record company! We’re especially excited that Runtown is also working alongside us! This incredible award-winning artist will be working alongside our Blue Pie media team, to attempt to achieve film and TV placements. With Runtown working alongside Blue Pie and Ordior, and Runtown’s brother at the helm of Soundgod HQ, this is an unstoppable team that will do its best to improve the world of music in our own way!

A rising star since 2010, Runtown has become a highly-respected artist in the music industry. Born Douglas Jack Agu in Enugu, Nigeria, Runtown officially kick-started his music career in 2007 with the release of his debut single ‘Runtown’ and the launch of his own label Penthauz Entertainment with friend and fellow artist Phyno.

His big break came in 2014 when he collaborated with DaVido to record the single ‘Gallardo’, which became a huge hit and won Collaboration Of The Year at the Nigeria Entertainment Awards. Following this success, he released his debut album Ghetto University (2015) to great acclaim, and which featured collaborations with

Wizkid, Phyno, DJ Khaled, Anatii, and Uhuru. If you’re not familiar, have this album so you can number among these satisfied fans!

An easy classic for anyone’s library, the amazing rhythm, beats, and fantastic vibe are sure to make anyone smile and bop their head to the rhythm. The syncopation is something else, and Gallardo in particular shows with ease why it was the song to open the door to stardom for Runtown! This skill in music is shown in how far Runtown has come.

Runtown’s music can be characterised as an eclectic range of styles, which predominately includes hip-hop, rap, reggae and R&B. This has allowed him to revolutionise the Afrobeat sound for a wider audience. His recent single ‘Emotions’ is a perfect example of his talent for combining a catchy Afrobeat and an R&B-infused melody to create something truly special. It’s quite a legacy, all things considered. And we’re excited to be involved with it! After all, why would we not be excited to be handling the rights management for such an artist? Just look at the quality of his Spotify profile!

Truly a skillful collection of music. Runtown is an artist with an amazing history behind him, and has become an incredible figure within the music industry to watch. He has earned the respect of his peers through his ability to fuse musical styles whilst staying true to himself. Runtown says: “The biggest and most rewarding risk I’ve ever taken is just doing me and not conforming. I have my own style of music and I have stayed true to it and it has paid off in the long run.” He’s a welcome asset to Ordior and Blue Pie Records, and we’re truly honoured to be involved with an artist of such talent and international recognition!