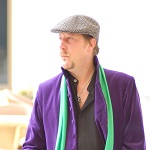 Pete Hawkes should need no introduction to the true music lovers in the audience! Australia’s very own guitar master is known for a reason, that being his distinguished talent and passion. However, if you somehow haven’t heard of him, it’s okay, we won’t tell anyone. Click here for a little reminder course. But beyond that, sit back, relax, and prepare to be transported. The man has a true level of skill with all string instruments, and that can best be heard in one of his greatest albums, Return to the Highlands!

The echoing strum of those guitars feels like the sound is carrying itself across a lonely, misty moor. The distant strings and sorrowful notes in the background create a sense of true atmosphere that is hard to match, and really showcases the sheer class of the editing employed in these tracks. And the jazzy trumpets, violins, and hi-hat in A Whispered Scream in particular create a slick mood with a notably Australian spin on things, especially the style of acoustic guitar! This album is, as the title says, criminally underrated, especially considering it released last year! Come on, guys. Pete may be a diamond in the rough to an extent but work of this quality deserves more love than this! The fan favourite of his catalogue appears to be Brandenberg Concerto No 3, with close to 10 thousand plays.

This one is definitely more classical string oriented, and while you can’t beat the classics, and while this one was performed well with delightful skill and grace… it doesn’t break new ground like Return to the Highlands, which is one of our new favourites. It employs atmosphere and mood with absolute aplomb, everything from choice use of static backing to the filters causing the strum of the strings to dance in your ears in various ways. The combination of acoustic and electric guitars is also a musical blessing. We’re lucky to have Pete Hawkes in this world. His music is one for those wanting inspiration. Like a lone traveler on a foggy river bank of a highland, you might see a glimpse of it reflected on the water like moonlight. Shining bright, captivating, and remaining a diamond in the rough. Perhaps that’s where its magic comes from. Come and stay a while with us while we listen, won’t you? It’s a secret glade of beautiful music like the world has never heard, and that’s why it’s so striking.

FOR MORE INFO ON PETE HAWKES