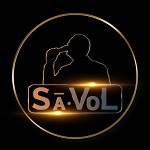 Scott Savol is still kicking! Round Midnight coming your way this April!

For all of you old-school American Idol fans, don’t be idle! Scott Savol hasn’t gone anywhere, and this April he’s going to be giving you the throwback of a lifetime!

New single dropping APRIL 14th! “Round Midnight” will be available on all streaming…

New single dropping APRIL 14th! “Round Midnight” will be available on all streaming…

Yep, you read those teasers right! April 14th will bring us a new single, “Round Midnight”. We’ll definitely be covering that up and down once it releases, and we’re very excited to see what Scott can bring to us! After all, his track record is impressive to say the least.

Despite having no formal experience in vocal training, Scott cast a spell over the people of America on the reality television talent show American Idol. Throughout this time period, Savol outlasted many accomplished performers to come within the top five of the contest. He’s a fan favourite that’s lasted well beyond the days when he was on Idol’s stages, and true to this, he has continued to perform professionally out of Cleveland! And with performances like this, it’s little wonder that this is the case.

These beautiful vocals coming from someone considered an Average Joe in comparison to his competitors by many of the Idol fanbase has caused them to take a liking to Scott. His fans can relate to him, and this kinship has created a tightly-knit following that has continued to support his talents and works for many years after season 4 has come and gone.

Although Scott didn’t win Idol outright, he is well-remembered among Idol fans, and fans of music in general! His down-to-earth and deeply spiritual attitude, in conjunction with his incredible talent of performing led to the development of Savol’s career even after leaving American Idol. Since then he completed his first post-Idol single “Don’t Rush” (2008) and developed his debut album “In Spite of All”, which was released in December 2011. Since then he has blossomed onto the music scene, and we’ve been all too happy to support him throughout this journey! “Round Midnight” is sure to add to the cornucopia of talented tracks that he’s created so far, and we’ll be very glad to add it to our playlists once it drops. Watch this space, because as soon as it does, we’ll tell you all about it, don’t worry!

Self-described as a “regular working-class guy with a gifted voice”, Scott Savol has found his niche and seized it gladly. His fans are found all around the world, and there’ll be more to come once Round Midnight hits the internet, you can bet on it! Scott Savol is signed with Mahoning Valley Records and his music is distributed digitally to the world by Blue Pie Records.

A long and difficult road – Down3r and Uno’s “Road Ahead” tells of their pain!
View More 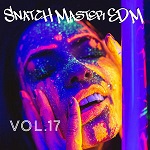