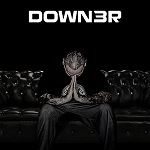 Side Chick Vol. 2 and high numbers across the board! Down3r's making 2021 his own!

Right at the end of 2020, Down3r released a new album that’s a whopping 1 hour and 12 minutes of classic content, including the iconic Suga Boom Boom! Of course, that’s the one and only Side Chick Vol. 2!

And not only that, but his play and stream numbers across all the platforms that feature him are growing more and more impressive by the day! You think 3.8 million plays on this video is hype?

Well what if we told you that this version pales in comparison to the old version that got taken down with 7 MILLION plays? This isn’t just a passing fad. For a video to get deleted then STILL have a following in the millions, you know it’s got some serious clout!

But it’s not all sitting back and watching the numbers tick up. To achieve these incredible results, our media teams based in both Argentina and Australia have been working hard every day, expanding into Scandinavia and the rest of Europe, Latin America, and all around the world! It’s a team of 9 people who devote their working week to getting Down3r’s music everywhere they can, which you can read about more in detail here! With Anthony Milton and Edmund Cotter hammering the Australian side of the market and Carola Pandre, Gonzalo Cabrera, and Delfina Armendares handling Latin America, we’re covering all angles we feasibly can, and all future growth is going to be a real blast! Just LOOK at how well Down3r’s hits are doing!

Wear Me Down is just as heart wrenching as ever and plenty of fans agree. (Caution, age restrictions considering the topic at hand is quite grim)

Hear Me Now is a passionate expression of the misery in America that younger generations are enduring, even in their own households…

And the new version of Suga Boom Boom with LadyDice? Priceless.

We’ve been hitting the ground running by matching social media with keywords of viral trends as well as creating new playlists such as this one where the best of artists like Down3r can freely and efficiently be enjoyed by all.

Really, there’s nothing standing in our way, especially with artists like Down3r! With this joyous update, we leave you with a word of optimism – this is far from over, and the future is brighter than ever for DL.