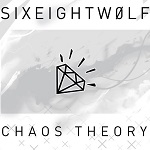 Sixeightw0lf lights up SoundCloud and Spotify with 4 killer tracks !!!

Sixeightw0lf is a young budding music producer with a passion for creating tracks with a unique sound and feel. His releases and remixes mostly revolve around psytrance and deep house genres at 124 & 138BPM, but young six is never shy of experimenting and applying his touch to any genre and any tempo.

Watch this space, for Sixeightw0lf it’s always been about the music, it always has been. With over 1.2M plays on Soundcloud, people are listening and spreading the word.

Chaos Theory is Six’s first foray into 138BPM psytrance, not that you’d know it was his first by listening. This track keeps to the professional standard of all his other music, its equal parts dreamy and trancelike, and utterly psychotic. The whispery breathy vocals add to the subtle tone of horror, unreality, and slight threat. Not to say it was threatening or upsetting to listen to, quite the opposite. It’s thrilling, I feel myself racing through a vast endless dead desert, pursued and running for my life. But I can also feel the perspective of the hunter. It’s the feeling of adrenaline, pumping blood, and lungs gasping for air concentrated and distilled and given to you as a vapour.

Six’s track Siege is inspired by Tom Clancy’s Rainbow Six Siege, and it shows. The beat is fast and intense and is very clearly reminiscent of destruction and barely controlled chaos of the game. I can feel myself being swept up in this song, breaking through a door and clashing violently with whoever’s on the other side in fast paced urban warfare. I couldn’t sit still listening to it while I was writing this. The track is impossible not to move to. As intense as it is though, there’s this edge of control to it. It gives the sense of power directed carefully and expertly, much like a counter-terrorist operation. The combination of power and control and chaos in this track is superb. Siege very clearly communicates what it is and what it wants to the listener, and pulls you along with it and injects the explosive feeling of rainbow six directly into your head.

Sixeightw0lf’s remix of In My Mind by Ivan Gough & Feenixpawl ft Georgi Kay takes the intensity of the original EDM track and gives it more direction. The original track is intense and overwhelming and wild, and six guides that raw power into an incredible trance track. It doesn’t lose any of the intensity, but the sharp caustic beat has been smoothed into something that’s more comfortable to dance and relax to. The echoed vocals have this dreamlike tone that gives this track a real escapist feel, its easy to get lost in this track and forget where you are or even who you are, the few minutes of the track feel like hours or weeks, and once its over its almost a shock to be back in the real world.

Sixeightw0lf’s new track Cant Get Over You is a 124BPM deep house beat with summery vibes, it’s an intense dance track but also something you could zone out to while lying by the pool. It’s a versatile and experimental track that’s equally at home in clubs, wild parties, or relaxing and sunbathing on a summer escape to some exclusive resort. The track also includes a vocal sample from six himself, which compliments the trance beat perfectly.

Sixeightw0lf’s work is phenomenal, he is definitely someone to watch. The way he can take a very specific emotion and evoke it so clearly with his music is evident of his skill. He is clearly devoted and passionate about the music he produces. Do yourself a favour and check out these tracks, and while you’re at it the rest of his work. You can find links to his social media and Spotify, and you can listen to some of his other tracks and WIPS on his SoundCloud.