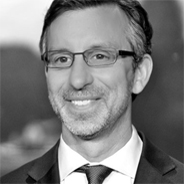 Digitalisation has created turmoil in the music industry making the potential to compete often impossible. The ability to access music freely and often without consequence has resulted in several songwriters being stripped of their royalty rights. The Copyright Royalty Board (CRB), however, has imposed a law to overrule this unfair notion finally providing songwriters with the recognition they deserve.

From January 27th 2018 onwards mechanical rates will rise to 44%, and this will extend to 2022. Over the next five years, the overall percentage of income paid to songwriters will increase from 10.5% to 15.1% – the highest recorded growth in CRB history. In terms of reality, this is an increase in royalties from $5,000 to $7,200.

Furthermore, the CRB ceased the Total Content Cost (TCC) cap, the NMPA stated that it will “give publishers the benefit of a true percentage of what labels are able to negotiate in the free market resulting in significantly higher royalties for songwriters”.

This is a breakthrough for independent songwriters, with a more balanced field being established between record companies and musicians. This balance has been further aided by the CRB enforcing a late fee which will dramatically modify the licensing practices of digital music companies. This means that digital music services such as Spotify and Apple will be significantly penalised if they disregard the on-time payment of artists.

The NMPA President and CEO David Israelite indicate that “the decision also allows songwriters to benefit from deals done by record labels in the free market. The ratio of what labels are paid by the services versus what publishers are paid has significantly improved, resulting in the most favourable balance in the history of the industry”.

The enforcement of this notion has taken too long, tiring and stressful years with several artists sharing their unfair experiences to achieve justice for independent songwriters and establish an even, respectful and fair industry reducing the ability of streaming services to completely dominate the market.

This is the best mechanical rate scenario in U.S. history and comes at a crucial time. Music is globally accessible without consequence, but this ruling now provides some relief to songwriters trying to make a living in a digitalised, dominating and often deceiving industry.