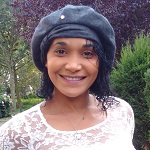 Suzanna Lubrano back on stage! Bringing the latter half of 2019 to life in Europe!

Angola, the 16th of October is your best day of 2019! For Switzerland, it’s the 2nd of November! And potentially even Luxembourg, December might have something special for you too! Why? Because Suzanna Lubrano is back on stage!

That’s right, the woman behind the theme song of our very own DJ Central, “Loving You Forever”, is gonna be touring soon!

Venues are to be announced shortly, as are all other details! We’re all very excited to see that Suzanna is back for October and November, with a potential extended stay for December, and we’re sure Europe will be as well! As always, we’ll be announcing specific dates on the website and of course our own news stories, so stand by! Until then, remember you can check out Suzanna’s latest music on Spotify- introduce a friend into the craze today!

We’re sure Suzanna will be “loving you forever” if you check out her online catalogue, as she’s put much hard work and soul into these songs over the years, and it shows.