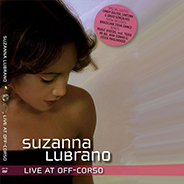 Suzanna Lubrano Live At Off Corso out now on Amazon Prime for the UK and USA !

Live at Off-Corso was originally a TV concert, which has now been televised in numerous countries around the world including Brazil, Portugal and many more. Released in June 2010 this incredible performance stars a line-up of special guests and dancers including; Dutch saxophonist Candy Dulfer, Dutch idol contestant David Goncalves, Lantuna, the Lamba Zouk Dance team and the Brazilian Zouk Dance team. It is like a fiesta on stage, filled with unstoppable music and dancing.

This great concert TV event is now live on AMAZON Prime for the USA and UK. Check out the show on QELLO concerts as well.

Suzanna carries a stunning aura and her musical talents extend beyond the norm. She has been compared to some of the greatest pop divas of our world including Celine Dion, Beyonce, Mariah Carey and J-Lo. Her talent has been recognised by many, and has won her awards around the globe.

Originally from Cape Verde, West of Africa, Suzanna moved to The Netherlands at the age of four. Like many superstars, she started singing as a young child, but was quickly recognised and encouraged to start singing professionally at the age of eighteen. She has sold over 50,000,000 streams and downloads of her albums over the past decade. Suzanna is a DJ Central Records and Blue Pie Records artist.

For all the latest news on Suzanna Lubrano please check out the following links:

Listen to the new 2012 “Loving You Forever” song here: