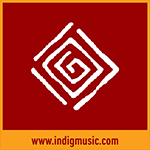 Indig Music is the pioneering company for Indigenous Music in Australia, and indeed across the world’s mainstream. That’s why we’re so proud to say that they’re working with us and our company partner Ordior!

Indigenous Australia was started by legendary music entrepreneur Gene Pierson back in 1999. Gene decided to combine his experience in the music industry, with his growing interest in the tourism industry that was starting to develop around the time of the Sydney Olympics. The business case was simple: there would be millions of tourists coming and going each year. They all buy souvenirs – things that are inexpensive, physically compact, clearly identifiable with a place, and easy to buy at the last minute. Something like a CD with the right packaging.

Lifestyle created a catalogue of CDs that were sold from self-serve kiosks located in duty free stores in airports – ideally placed for outbound tourists with a last minute need to buy some souvenirs. Gene recruited producer Nigel Pegrum who had located to Cairns from the UK, to produce music by local indigenous performers such as David Hudson (who had supported Yannis across a 50 concert US tour) and Ash Dargan (master didgeridoo player) and commissioned cover art that was unmistakably “Australian”. These CDs that helped millions of tourists and their families hear Australia’s indigenous music for the first time. Later Gene replicated the model for other cultures including New Zealand, England and Ireland and added photo libraries. With legendary artists such as Ash Dargan, and his Indigenous Soundscapes line of albums, you can truly feel the culture and respect for ancient tradition within these songs.

Dennis Handlin, CEO of Sony Australia, has been a close friend of Gene Pierson and a supporter of the label for many years. The mark that this label and all those involved with it has left on the industry, as well as the longevity of its presence, is not to be understated. Blue Pie and Ordior have one person in particular to thank for bringing Indig to them – the one and only Colin Seeger.

Colin Seeger is the key player in assisting Indig’s new ventures to become “capital ready”. He matches funders with commercial opportunities. Through this work, Colin has built close relations with a range of US and UK law firms and has developed a niche business creating and overseeing filing by patent attorneys of business system patents and a global network of media contacts and associates across television, new media and record companies. When operating a label with as much emphasis on cultural variety as Indig Music, the legal side of things is essential to manage properly. Seeger brings a level of care and respect to his work that is not only 100% required for jobs of this nature, but also most welcome. He loves what he does, and does it well.

This label (and all who are involved with it beyond these two titans) is one of the key reasons that Indigenous music of this nature is seeing the global success and longevity that it is. We are honoured to be working alongside these living landmarks of music, who help put Indigenous culture that much more on the map! In times as dire as these, it’s very needed, to say the least.

For more info on this excellent label and the industry veterans associated with it, check out the following links, or email support@indigmusic.com