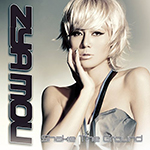 Zya Mou shakes the ground with 8 MILLION streams in China!

You’ve heard of J-Pop, then you’ve heard of K-Pop, but get ready for China’s C-Pop to blow them both out of the water with this brave new interpretation of sound! In the last quarter of 2019, Zya Mou generated 8M streams across Spotify and the TenCent stores in China, and that number keeps on growing! This has shot the star into the graces of public adoration! While the pay rate for China’s streaming in general is extremely low (approximately 10% of the comparable services like Youtube and Spotify in the west), the publicity that it yields is beyond compare! Arguably, this drives interest in Western markets, and helps to create new fans.

Shake The Ground in particular is a song of Zya’s that you can really get up and dance to, and due to this its title is rather fitting. Whether you like the fantastic synths, beat, and vocal range of the original, or prefer to get a bit wilder with the special club mix, we have both the singles and the bonus EP that includes the full package so you can experience the new smash hit genre of music.

Our partner company Ordior is protecting the rights and managing the royalties of Zya’s entire catalogue, so she can rest assured knowing that the quality music she creates is getting the treatment and respect that it deserves! Even now, lost royalties have been recovered by the Ordior team, and are moving into Zya’s hands where they rightfully belong. Music of this caliber deserves every ounce of that treatment! And we of Blue Pie are handling the distribution side of things, and things are heating up since the last few releases for Zya! It’s an honour to support music like this, and it’s going a long way for us, Zya, and Ordior!

The ground shaking is millions of potential fans waiting to hear the new and fashionable sensation- come listen to Zya sing her heart out!