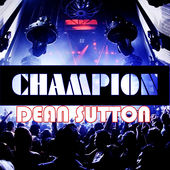 Dean Sutton proves himself as our summer Champion with his latest Summer Dance Anthem!!!!

Dean Sutton has done it again releasing yet another hot new summer party anthem cementing himself as our musical “Champion”! The acclaimed Electronic musician and DJ has created an album of Party anthems that are sure to be the highlight of your 2014 summer! The album is indicative of Dean’s slick production credentials and skills and is a polished example of what good club music should be! This album is a must have for anyone looking for infectious dance tunes that will get people up and moving no matter where they are!

Dean Sutton is a music producer from Titenbar, NSW, Australia. Dean has had an extensive amount of experience in the music industry through producing his own record label “Got House Records” for several years in the North Coast of NSW. He is currently the producer and owner of his new record label “4 House Digital”.bDean Sutton has already made several hits in 2010 on the ReverbNation Electronic/Dance charts for Local NSW in Australia from #30 all the way to the top #1. Dean Sutton music is best described as having a strong techno beat with a fast-paced edge that has gained quite a large following on his ReverbNation profile and his Facebook pages. Dean continues to create more remixes and house tracks as well as manage his own record label in the process.

From managing and owning, two record labels while still producing and making music in the process. Dean Sutton is busier than ever, yet showing no signs of slowing down. Dean Sutton’s music can be described as having a powerful, fast-paced, techno beat with an edge. Dean has been working hard to produce his latest musical offering and has provided fans with music, which is truly magical! The single "Champion" is now available for download Airplay Direct, iTunes and Soundcloud.