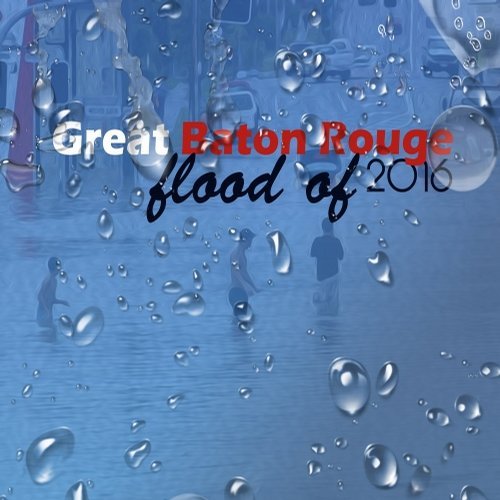 Baton Rouge, LA… “The Great Baton Rouge Flood of 2016” is a digital album of fantastic local talent who were directly and indirectly affected by ‘The Storm with No-name.” The compilation album is executive produced by Henry Turner Jr. for Hit City Digital Records and is available at all leading digital retailers, streaming services and radio networks immediately.

“The Great Baton Rouge Flood of 2016” features a wide range of original music and genres that include blues, rock, dance songs, love songs, R&B, soul, rockabilly and rap. All the recording artists are widely recognized and favorites of the capitol city’s explosive music scene.

The release opens with “The Baton Rouge Theme Song,” recorded by Henry Turner Jr. & Flavor and is an homage to the city’s upcoming 200th anniversary in 2017. The last cut, “2 Many Women,” is one the bands’ most requested fan favorites. The light hearted reggae/soul/funk tune touches upon the temptations associated with stardom and female fans.

Stepchild’s haunting rocker “Dark Waters, recorded right after Hurricane Katrina, reflects a somber theme of things that can happen at any moment, expected or not.

Henry Turner, Jr comments, “The music scene in Baton Rouge is very alive and vibrant. Nothing can stop it or our impressive talent. It is unfortunate that it takes a catastrophe to introduce our talented performers into the global market place. Everyone was eager to participate and show the world that we still are all here, the shows continues and we are survivors, not victims.”

ABOUT HENRY TURNER JR:
Henry Turner Jr. and his band, & Flavor, have toured the United States, Canada and Japan. They have released seventeen singles and nine CD’s. Turner is credited with developing a syncopated style of music that has come to be referred to as Louisiana reggae, blues, soul and funk.