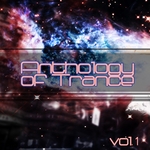 Anthology of Trance released on July 10th can be described as the trance album of the year. This compilation disk of uplifting trance is the 1st volume released involving all of blue pies best trace DJs.

This albums tone is a little softer than other trance albums useing chord progression that will build up your spirits. With songs such as 2B’s ‘Island Mode’ & Afterlife’s ‘I Miss You’, this album will convert any music lover into a  trance fan.