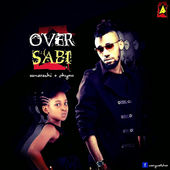 Winner of the first edition of Nigeria’s Got Talent Reality Show, Amarachi Unyanne releases her first featuring with Phyno, Nigerian rapper and record producer. An amazing clip, let us say that for sure this feature is a very good idea.

Phyno started as producer in 2003 and releases his first album ‘No Guts No Glory’ in 2014. The 21’s years old rapper did not waste his time, he produced singles like ‘Ghost Mode’, ‘Man of the Year’, ‘Parcel’ or even ‘O Set’ and as producer worked with Timaya, Flavour, Ruggedman, Bracket, J Martins sand Mr Raw.

The young girl Amarachi has 11 years old and is already a rising star. She ever had released singles like ‘Amarachi dance’ and ‘Get down’. Her funky look is just amazing, we love her.

For more information on Amarachi, follow the official links below: