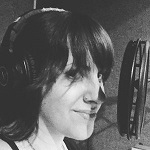 Jessy Tomsko will see YOU in New York!

A placement a the Rockland-Bergen Music Festival is nothing to sneeze at, but then again, Jessy Tomsko isn’t just anybody. In our modest opinion, she manages to pull off Joni Mitchell better than Joni Mitchell! According to her tours section on Facebook, New Yorkers have something extra special to look forward to this June! On Saturday June 22nd, (specific time TBA) Jessy will be performing at the festival and bringing her classic voice and amazing guitar skills back to New York- something that the inhabitants of the great city would be rather familiar with by this point! Hailing from New York City herself, Jessy Tomsko has a love for music that transcends the simple pop tunes that plague much of today’s music scene. With her heartfelt lyrics and self-penned melodies, Jessy celebrates life and love in her acoustic renditions brought to life on the many stages of New York City. Jessy’s work is infused with a lightness and warmth that is equally embodied in her live performances. Maintaining a busy performance schedule, Jessy has played at venues such as The Bitter End in New York City and the World Café Live in Philadelphia, and major events as the Wave Gathering Music Festival in Asbury Park, New Jersey and the Launch Music Conference in Lancaster, Pennsylvania. She’s also had the honor of sharing the stage with artists such as David Berkeley, James Maddock, John Francis, Amber Rubarth and Ari Hest among many others.
Known for her well-crafted songs and dynamic stage personality, Jessy’s easy-going personality and warm vocals permeate her music and continues to do so with her latest single, “There Was”. As a member of ASCAP, she has teamed up with Concerthouse Music Management and Blue Pie Records in 2011 to further develop her music as she works on a new album production.

Definitely a name to know in the music business, Jessy is a friendly, bubbly entertainer with a passionate song in her heart. So we wouldn’t blame you if you wanted to check out her Facebook Page to check out where that passion will lead her next!

For now however, it’s certain that her passion is going to lead her straight to New York, straight to the circle stage. As the event organisers say:

Two days of music will take place during the day on the peaceful grounds of German Masonic Park (June 22/23) and there will be four nights of music (June 20-23) taking place in local music venues: the legendary Turning Point in Piermont, NY and the ’76 House in Tappan which is the oldest tavern in America.

On June 19, the RBMF will kickoff with the launch of the first Rockland County Music Awards at Levity Live in the Palisades Mall in West Nyack, NY. The Honorees will be announced in the June issue of Rivertown Magazine as the RBMF looks at the Past, Present and Future of Rockland County music.

Need tickets for this monumentous occasion? We have you covered! You can also check out the details through Bandsintown!

When and where, though? Well, the Rockland-Bergen music festival will be held:

So be sure to do midyear 2019 right and attend if you’re able! Your ears will thank you for the generous musical taste on show! Jessy will see you there!
Jessy Tomsko is a Blue Pie Records USA artist and is published by Blue Pie Publishing USA (ASCAP).